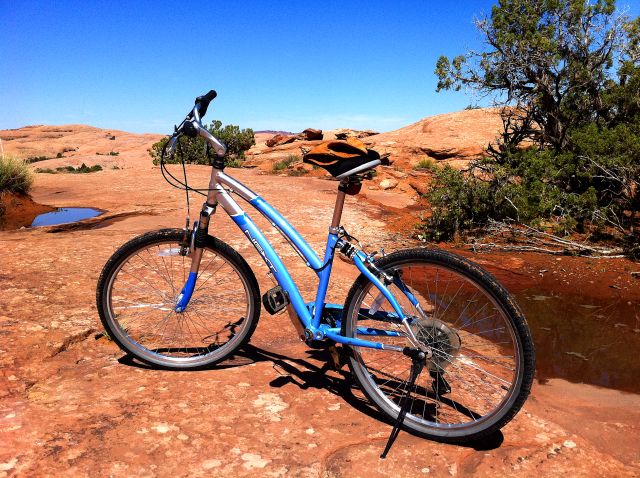 A couple of years ago MsBoyink and I, having been bike-less for a couple of years, thought to try and get back into riding a bit.  These moments are tough - do you spend a lot of money on a really nice bike hoping your investment will bring greater enjoyment (or greater guilt at potential non-use) and cause you to use it more?  Or will your use be the same regardless of investment and thus spending less money makes more sense?

In this case, I went with the latter, reasoning that the best excuse to buy a nice mid-line bike at a true bike store would be a Wal-Mart cheapies that we had just plumb wore out.  So off to Wal-Mart we went, each spending $88 on a “comfort bike”.  A week later I ended up retrieving a nice road bike that I had bought at age 16, ridden for a couple years then stored in the parents shed so returned the my Wal-Mart bike in favor of that.  MsBoyink remained saddled with her Wal-Mart special.

On this trip, however, we’ve been by mountain biking trails that I’ve wanted to do with Data.  My skinny-tired road-bike doesn’t cut it, so I’ve just been grabbing MsBoyink’s bike instead.  It’s not a great fit, but the thick tires are what I’ve needed.

This bike has been on trails in around 5 states and while I’m not exactly leaping off small cliffs with it, I haven’t exactly treated it nicely either.  You see - the thinking now is once this thing dies we’ll replace it with a nicer mountain bike that MsBoyink and I can share, so I’m a bit motivated to speed its demise.

So, against all warnings to the contrary (and I’m sure to a few raised eyebrows in the parking lot) I pulled it off the truck for a run at the 2 mile Slickrock “practice loop” trail in Moab, UT.  The trail is mostly on pure rock - pretty much like riding over rough and undulating concrete, with a few sand runs and puddles to mix things up.  Being not hard-core bikers we took it slow with a few breaks, did a lot of pushing, but overall had a riot.

And didn’t break the bike. 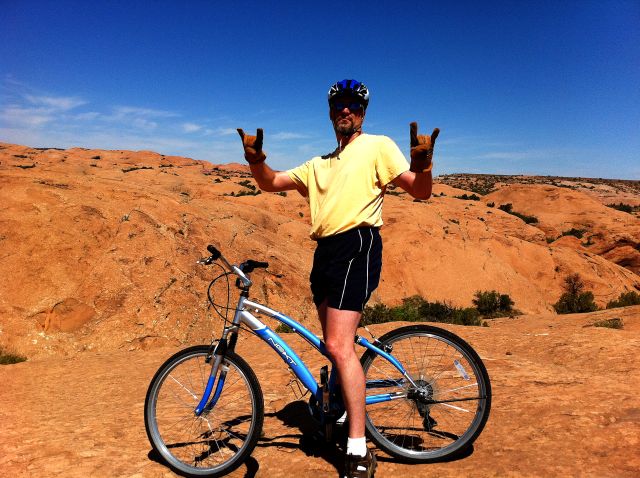 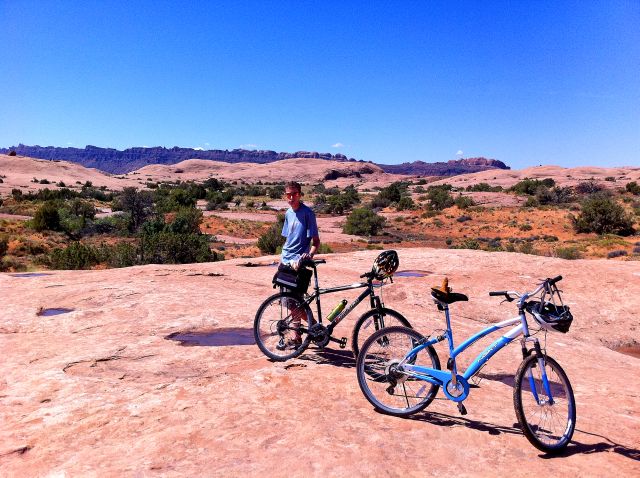 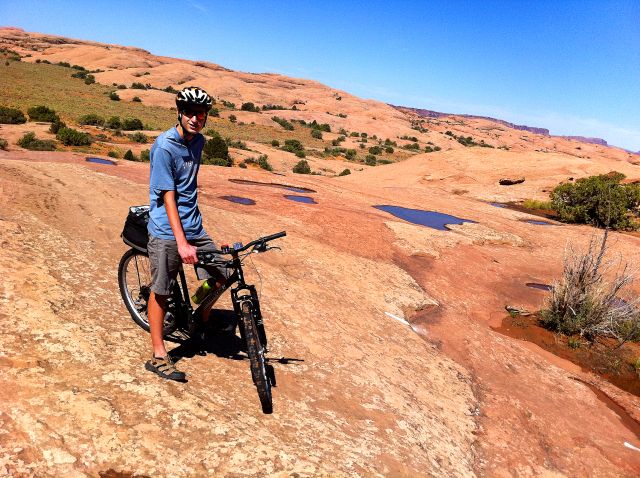 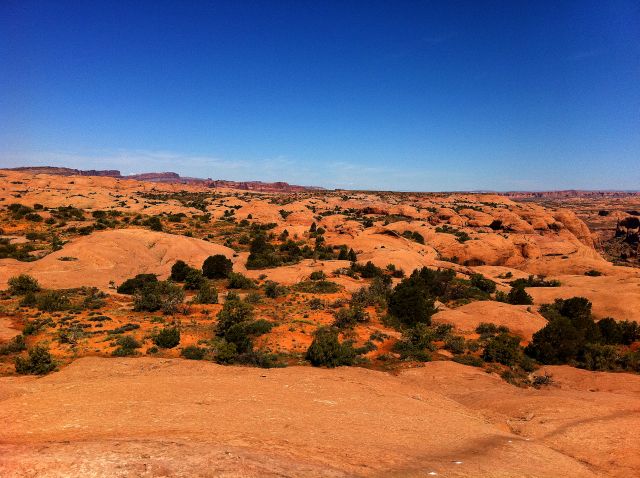 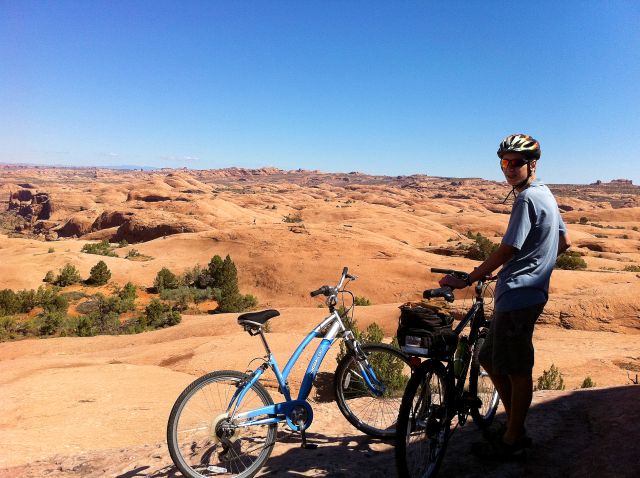