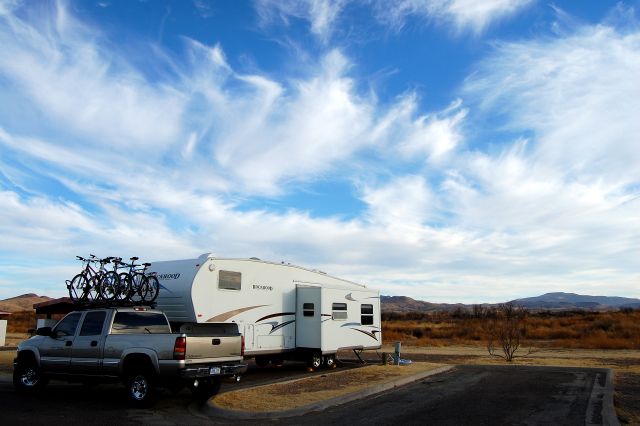 Our rig with the Davis Mountains in the background

I awoke Monday morning to an orchestra of beautiful bird song. I would have stayed in bed and listened for another hour, but Mike and I had agreed that we needed to leave South Llano River State Park fairly early for the day’s drive.

We headed west on I-10. What a long, rather desolate road. Not many towns along the way; even fewer gas stations right off of the highway.

As we approached Fort Stockton, we decided we’d drive another hour to Balmorhea State Park. The Ticknor family had suggested we visit here to check out the spring-fed swimming pool.

Mike has gotten pretty good at backing the trailer into camping spots. This place, however, gave him a run for his money. Of course, the curbed roads and 90* angled site didn’t help much. (Next time I’ll pay the extra few dollars for a pull-thru site).

After setting up camp and catching a quick snack, we suited up and headed to the spring-fed pool. We were told that the water temp is 72-74* year round. Data chose the “get all wet at once” approach off the diving board while Miranda slowly crept in at the shallow end.

After Mike went in and exclaimed that it was a bit chilly, I decided to sit along the edge and just let my feet experience the water (I’ve been sick, so probably best that I didn’t go in).

Miranda didn’t last long—she didn’t care for the nibbling fish. I think Data and Mike lasted longer because they kept jumping in and swimming back to the edge to climb out before the fish gathered around them.

It was too bad that we felt the need to move on this morning—there were two other full-timing families in the park. We met one family shortly after our arrival yesterday and met the father of the other family this morning. Data would have had a fun time hanging with other boys his age. 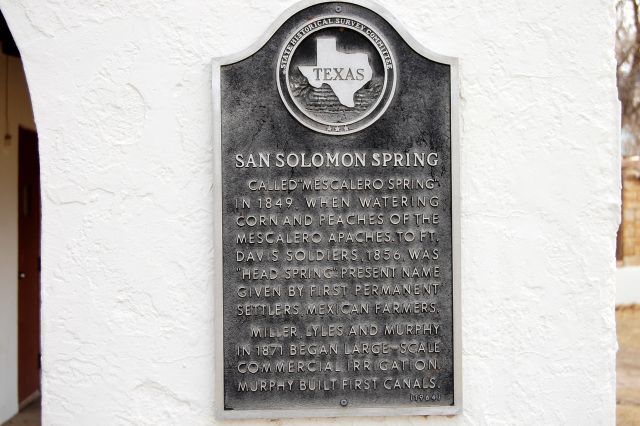 Information about the Springs 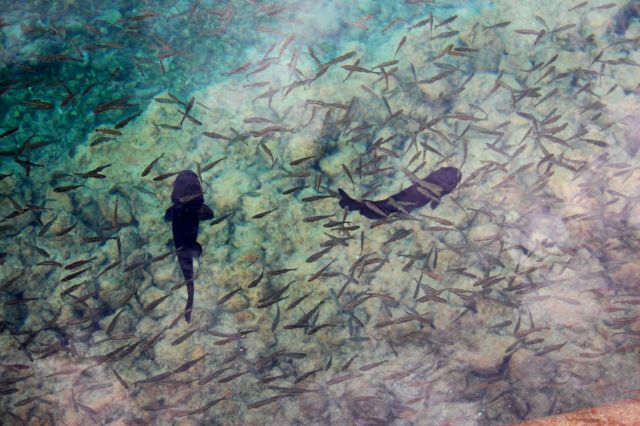 Fish in the pool 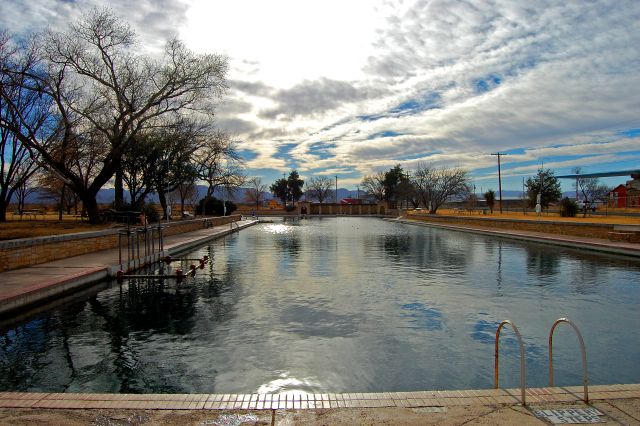 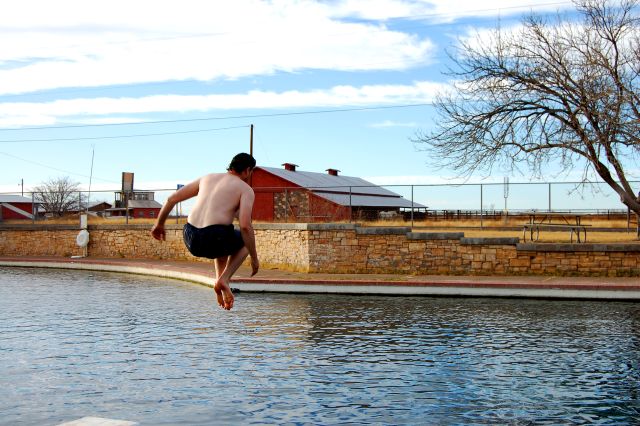 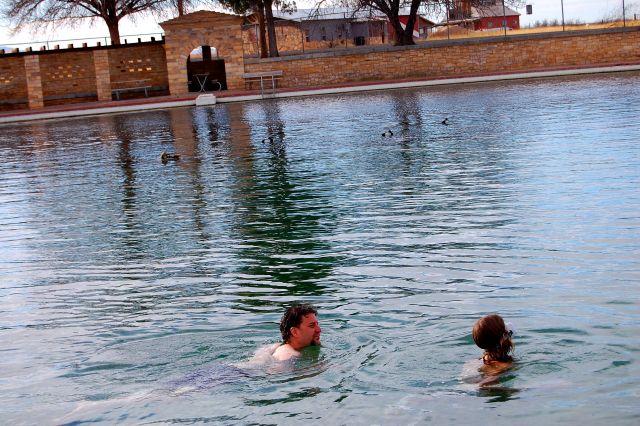 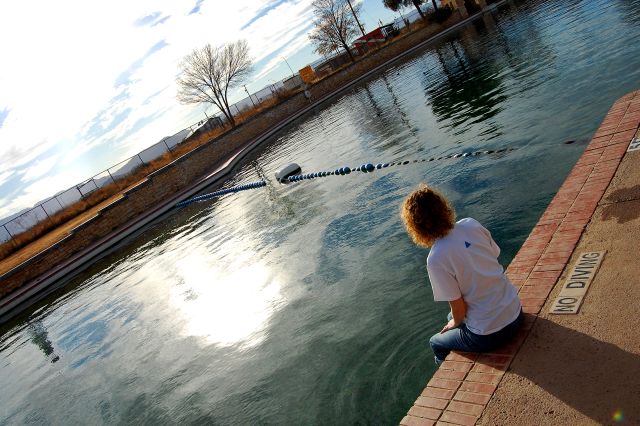 MsBoyink experienced her toes getting wet 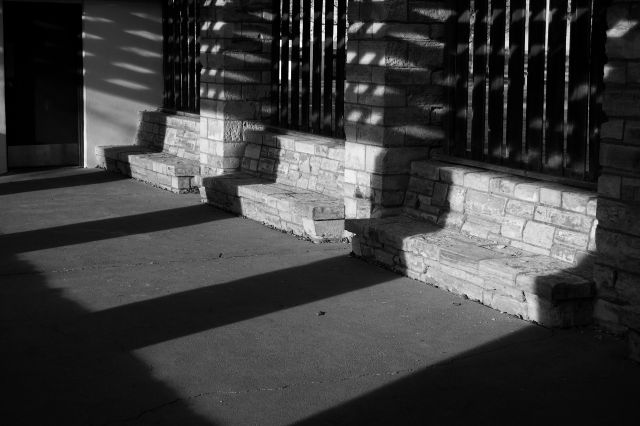 Benches by the restrooms 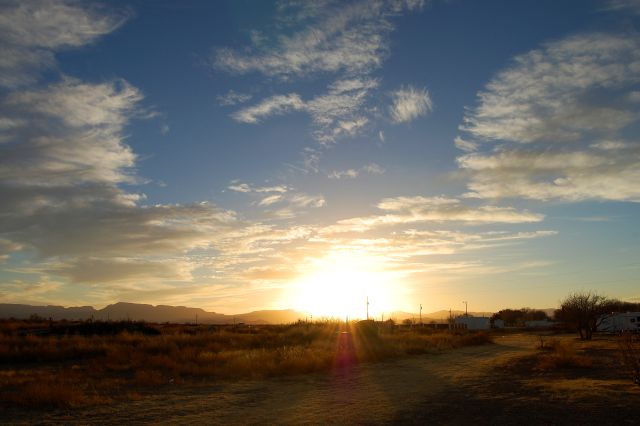 Sunset over the Davis Mountains 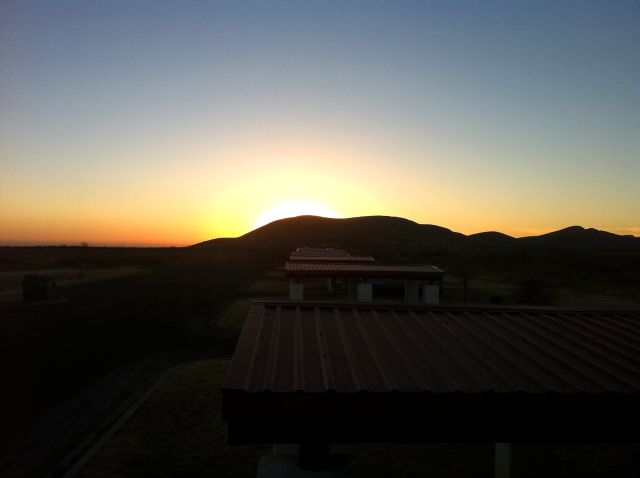 Sunrise from our bedroom window