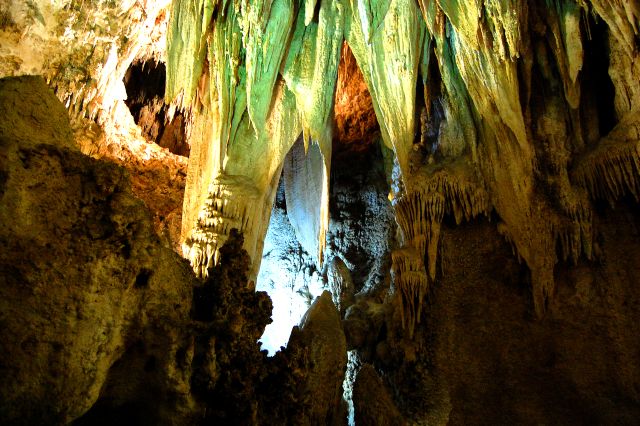 We arrived in Carlsbad on Tuesday, moving through the middle of NOWHERE.

After crashing for the rest of the day, we drove to the caverns. Wow. The caverns are AMAZING. I loved them. I could try to describe them, but it would be useless.

Before walking around the loop, we rented an audio “wand.” There where these plaques with numbers that you punched into the “wand.” Some of the recording made you feel bad to be human, which I thought was dumb (picking lint of the rocks with tweezers? Really?)

Dad had an idea to ride (or, more specifically, coast) our bikes down the large slope away from the visitor center. We came close, but, since we didn’t have helmets or legstraps, we scrapped the idea for a later date.

After coming back that afternoon, we met with the Leonards, another family traveling in the USA. We spent most of yesterday hanging out with them. We were planning on driving to Sitting Bull Falls, but we didn’t realize that it was 40 miles and about a 1 ½ hour drive. We did go to the Riverwalk in downtown Carlsbad. Blah. Nothing to see there. We drove back, and spent the rest of the afternoon and evening back at the campground.

Today, we took the tour through the King’s Court portion of the cave. What a trip. We had to agree to boondock a night to make up for the cost. Oh, well. The tour was great; an unbelievable section of the caverns. In the Papoose room, there was a rock that looked like a witch stuck in the ceiling of the cave. In the Queen’s Chamber section, the rock draperies were awesome.

On our way home, my dad and I took our bikes off the truck and coasted down. What a rush. Top speed: 28.5 MPH. I was traveling 26 MPH with my brakes pulled halfway. That was quite the ride. On our way the switchback after the steepest grade of the hill, the wind was so strong that my bike speedometer said: 25 to 17 to 7 MPH. Average speed: 16.8. We took 12 minutes to go 3.5 miles.

I loved the caverns. So far, they’ve been my second favorite part of this trip (Cooperstown, definitely my favorite). What a place. You really have to see it in person to see what I mean. Dad took pictures, which capture most of the view, but aren’t really what it looks like. What a stop. 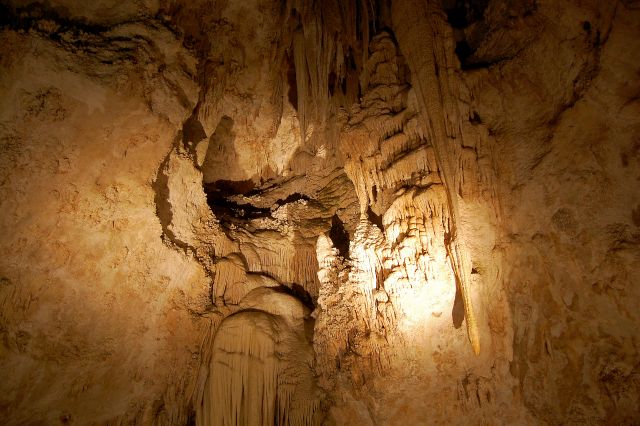 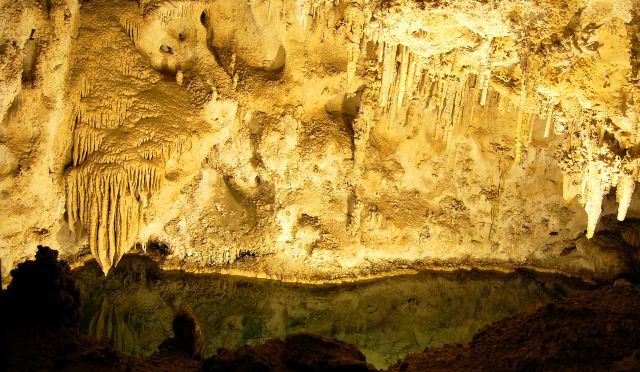 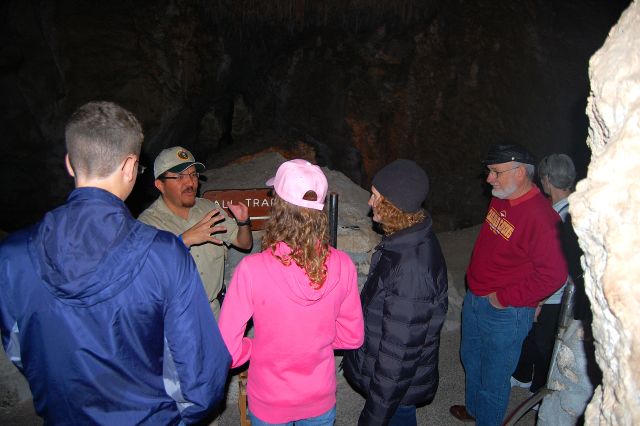 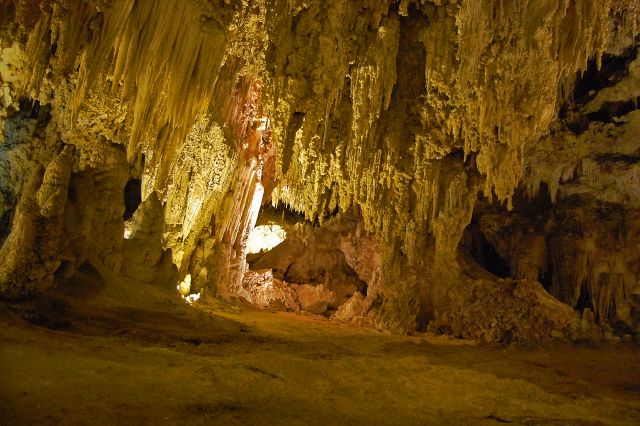 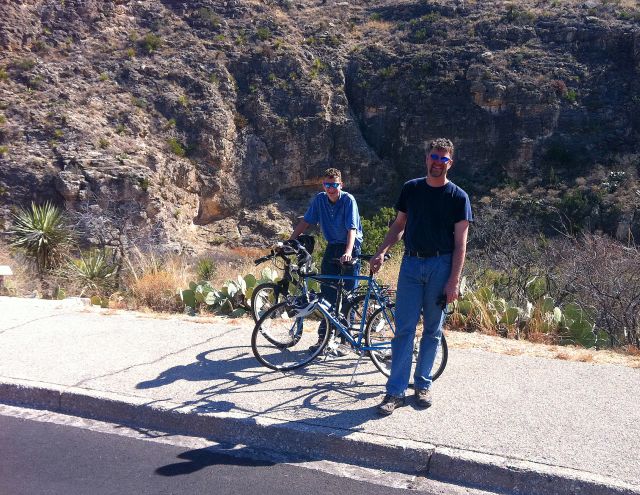 The boys and their bikes

Biking down from Carlsbad

We're in there somewhere.

Harrison Boyink hit the road as a 13 year old and traveled fulltime for the next 5 years. On his own since age 18, he's now a twenty-something adult living in West Michigan. He's either working fulltime, in ministry through YWAM, or attending college for something music-related.