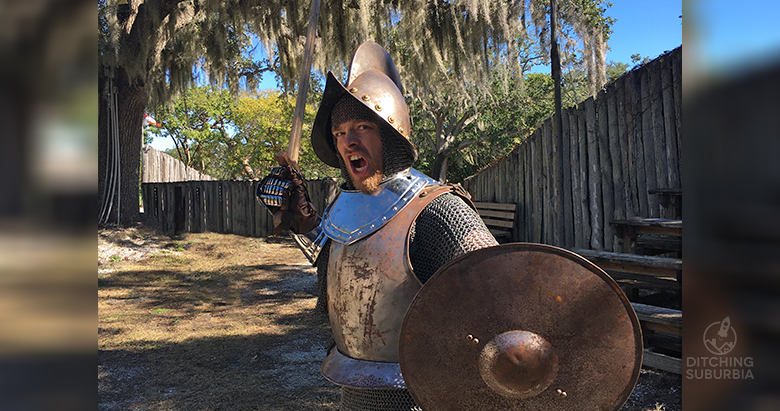 We transported through time, to 1539 Florida.

Across The Ocean And Into The New World

De Soto National Memorial on the Gulf Coast of Florida is a step back into the 1500’s at a time and place where exploration met treasure hunting. We enjoyed a day trip to this unique national memorial on a whim when some plans fell through.

This is the site of where (and we are talking more than 450 years ago) newly instated governor Hernando de Soto made landfall for what became a very important expedition into the interior of what is now the United States. The expedition’s purpose wasn’t altruistic as they were searching for treasures, but the knowledge that was learned from their journey set the stage for further expansion into the new world.

In that way, it’s part of American history even though it pre-dates the American Revolution by more than 230 years. To put the timeline into perspective, this year (that I write this) will be the 244th anniversary of the Declaration of Independence; de Soto and his 620 men landed in western Florida in 1539 … which is 237 years before 1776. So we are only a few years more removed (with 2013 being parity) from the year we declared independence compared to when de Soto landed. Weird huh? 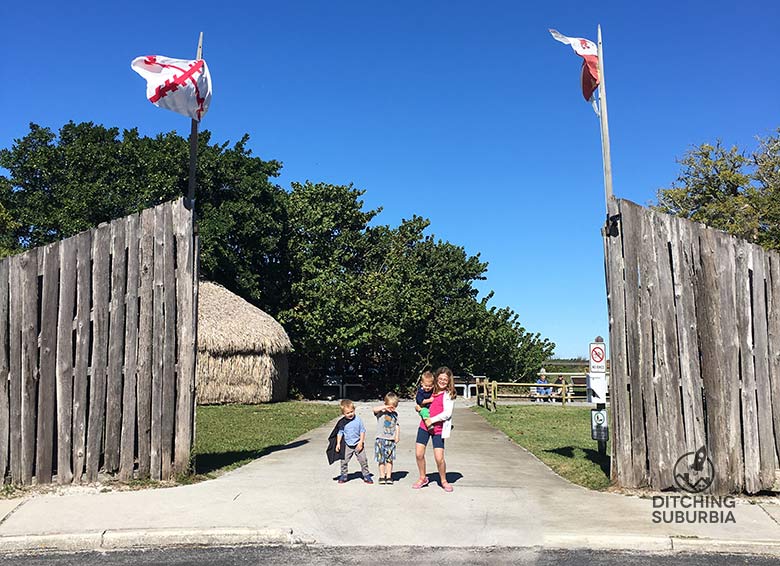 The entrance to the outdoor stuff.

Elegant weapon[s] for a more civilized age.Obi-Wan Kenobi …. Original Trilogy … when it was good.

We arrived and immediately noticed that there was some semblance of a living history museum going on, and we love living history museums. Apparently, they do stuff like that all the time. Out in a courtyard was a display of weapons that were from the period of the de Soto expedition. De Soto and his men anticipated hostile encounters and prepared for it – and you can get a feeling for it at this cool National Memorial. 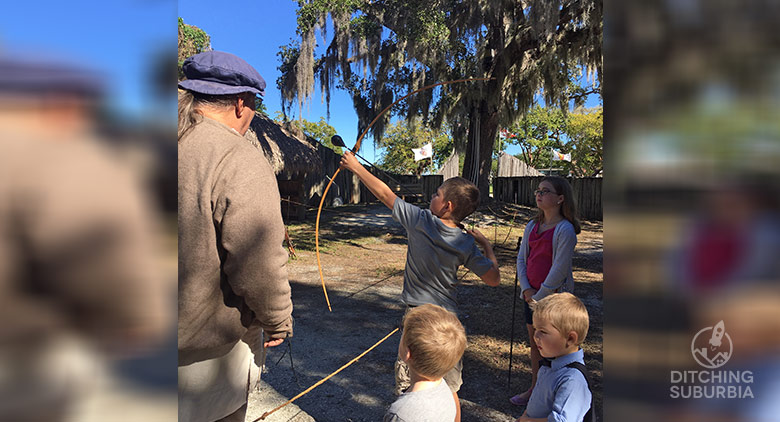 We got to shoot arrows that were blunted (for safety) on the end toward a stack of hay bales. Some of the kids did pretty good and we all had a good time. The historians showed us replica weapons of the local indigenous people who would embed shark teeth into a wooden sword thing. It looks like a vicious weapon and it’s so cool that it’s made with locally available shark teeth. Shark teeth used as a hand weapon! I’d hate to have to fight those warriors. 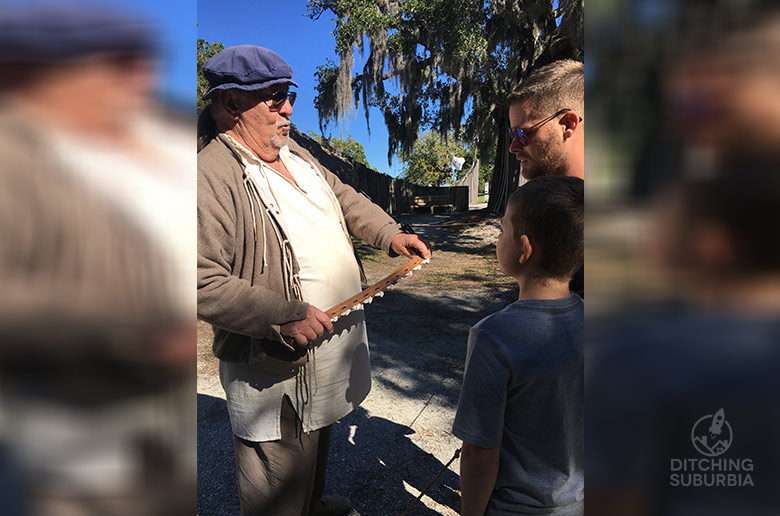 There was a whole smorgasbord of weapons including spears, shields, atlatls, swords, cross bows, an early gun, axes and various bludgeoning weapons. My favorite was the double handed broad sword. It is an impressive piece of weaponry that was almost as tall as me and pretty heavy so the kids didn’t hold that one. Oliver really gets a kick out of battles and war things so he enjoyed this more than the others and his favorite was the cross bow. 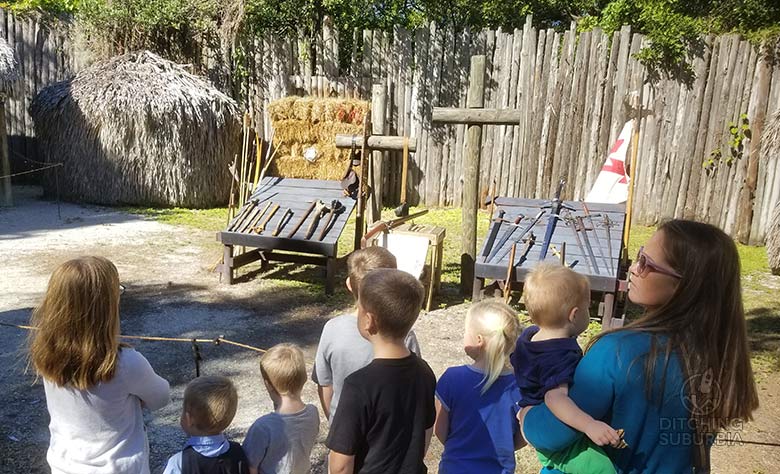 Looking out at the weapons.

None of these weapons that we held were original pieces (as Indiana would say, those belong in a museum). These were well made replicas. Whenever we see anything that’s created by people – from buildings, to roads, to weapons, to music, to movies, to blog posts, to YouTube, to someone’s Instagram account I try to think about what went into creating it.

I bring this up with our kids, we discuss it, and I hope they are soaking in that creation is the art of the creator. How did someone get that perfect photo? How did someone build that giant ship, or in this case – how did some historian create these well-made, period authentic weaponry. I always tell my kids that they can do anything they want and if someday they want to build 1500’s period authentic weapons, they can totally do it! 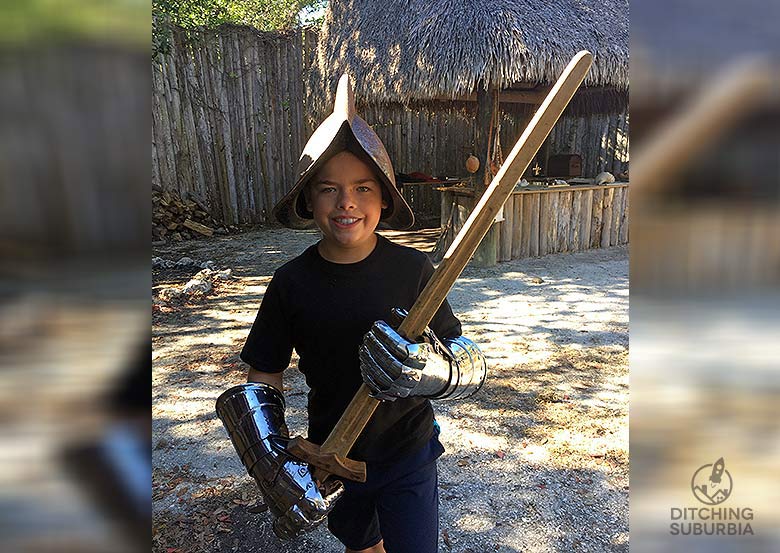 Gavin with a wooden sword.

Armor You Can Try On

How often do you get to suit up prepared for battle in the 1500’s? These pieces aren’t your spray-painted fabric October 31st costumes, they are metal and totally awesome. There was some heavy chainmail we got to try on. A chain shirt to be worn under rigid armor, and a chain head piece for under your helmet. Years ago, I made some chain mail for my son using a wire spool, small dowel, power drill, tin snips and a LOT of time. This chainmail is well made and someone spent a lot of time making it – it’s cool that you can try it on! 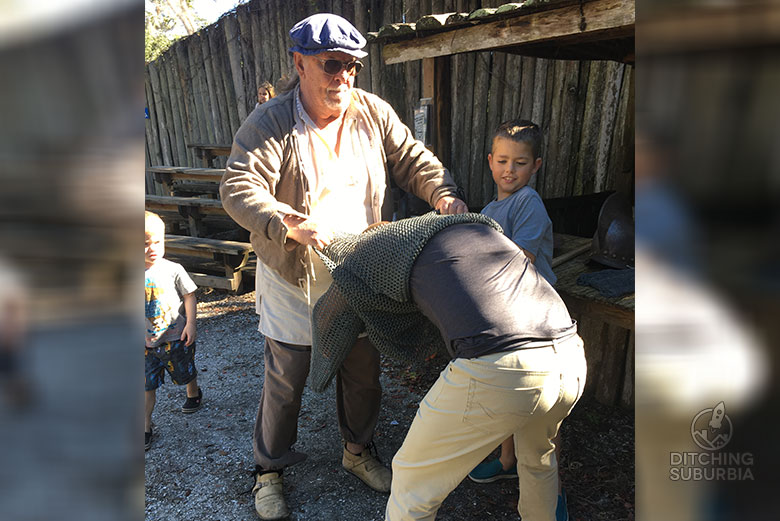 This is how you have to remove chain mail - not an easy process. 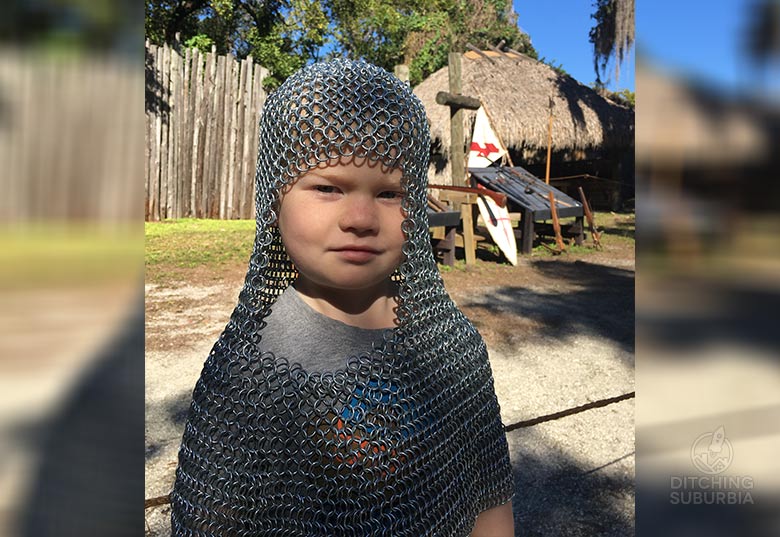 There is also helmets, breast plate, shields, and gauntlets (cool armor gloves) to try on as well. Most of us tried on a few things and had a great time. My favorite was the gauntlets … don’t know why … maybe it’s because they are plates of metal that then articulate. Tabitha loved taking photos of everyone and getting that good Florida vitamin D. She didn’t try on anything until later – but it was awesome when she did. 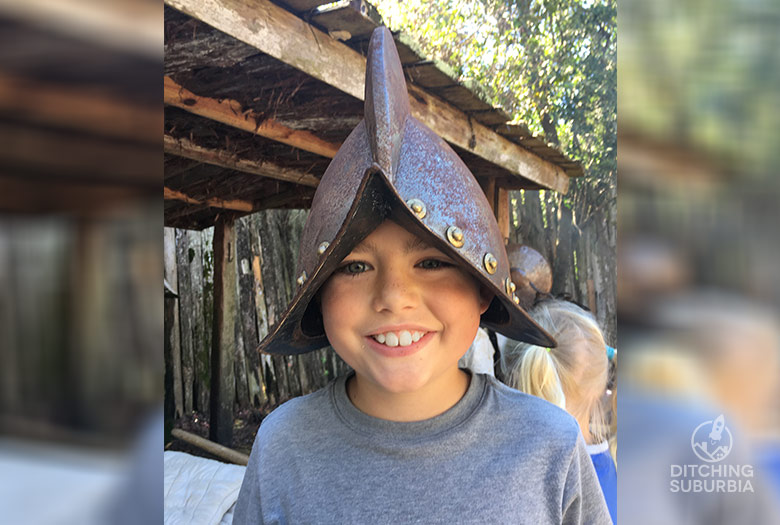 Oliver in a helmet. 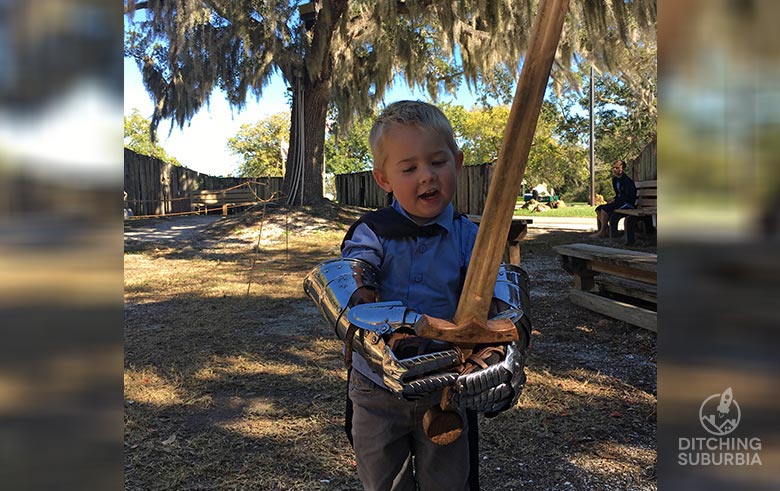 Elliot with gauntlet coming up to his armpits. 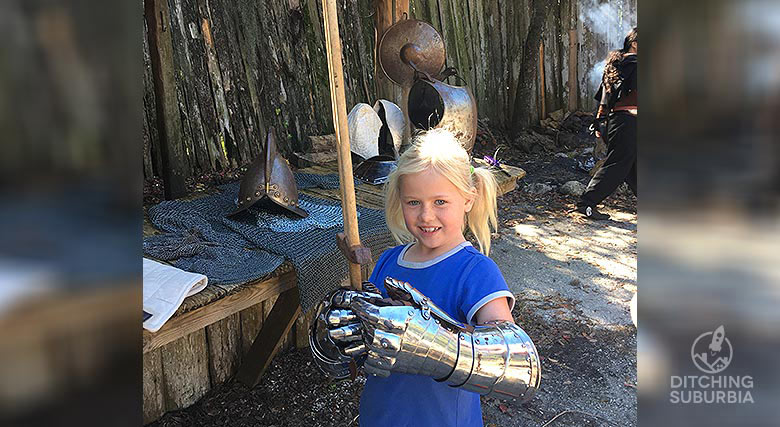 Evelyn holding a sword and trying on the gauntlets.

It’s not just about battles

There were plenty of other things there too. De Soto and his fellow expeditioners traveled on foot for YEARS; navigating, dealing with war and illness, and trying to stay sane. We got to see the types of things they carried with them, from tools to animal skins to games. They had face cards and another game that visually reminded me of Chinese Checkers. 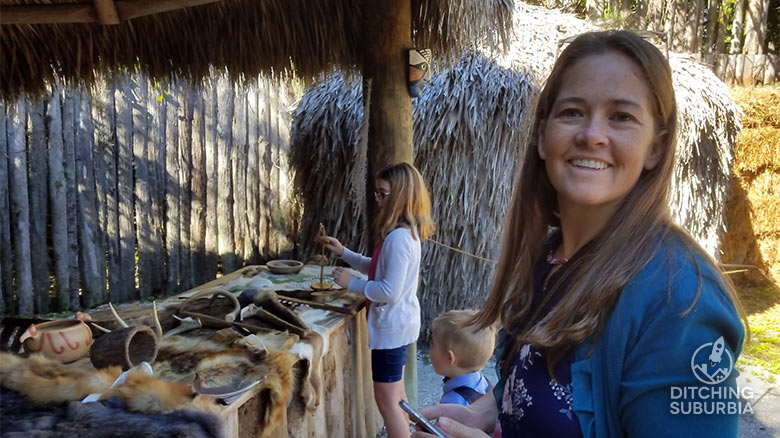 Tabitha with Lydia in the background learning about non-weapon stuff.

Animal horns, culinary supplies, medicinal paraphernalia, and charters were carried along their journey which took them as far north as present-day Knoxville, Tennessee and as far west as somewhere near Alma, Arkansas on Interstate 40 near the Oklahoma border. They crossed the Mississippi river numerous times and eventually their land expedition turned into a sea expedition after going down the big muddy to navigating the perimeter of the Gulf down to Mexico. 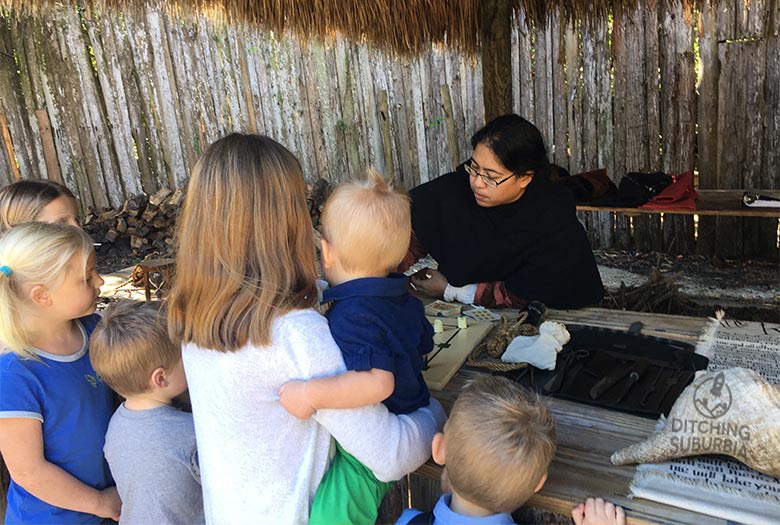 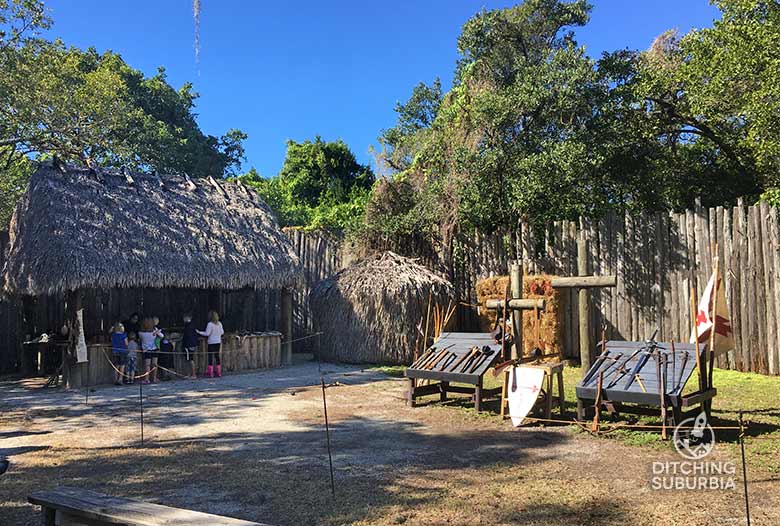 The outdoor hands on history museum.

When I think about all the stuff I carry with me in our RV as we travel from place to place on paved roads, I often think about how much it all weighs and if it’s worth it to still be carting it around. De Soto ditched suburbia (so to speak) with no roads and no RV to carry provisions. When we are done with something, we drop it off at thrift stores. There were no thrift stores for De Soto, so I like to think that there are numerous, potentially undiscovered, de Soto historical artifacts that his crew discarded in basically every southern state. If you live in the South, maybe something is in your backyard right now! We don’t get 1500’s expedition history in my home state – so feel cool if you live in the South.

This is a pretty cool visitor center. Like outside, there is armor for you to try on and good displays showing off what I would call ‘fabric’ armor (like an early version of Kevlar). So – if you happen to go on a day when there is nothing going on outside, don’t be disheartened and check out the visitor’s center. Tabitha got suited up and in very atypical fashion she got all into it and I got photos of her playing 1500’s warrior! She’s generally shy, so this was a real treat for me and the kids. 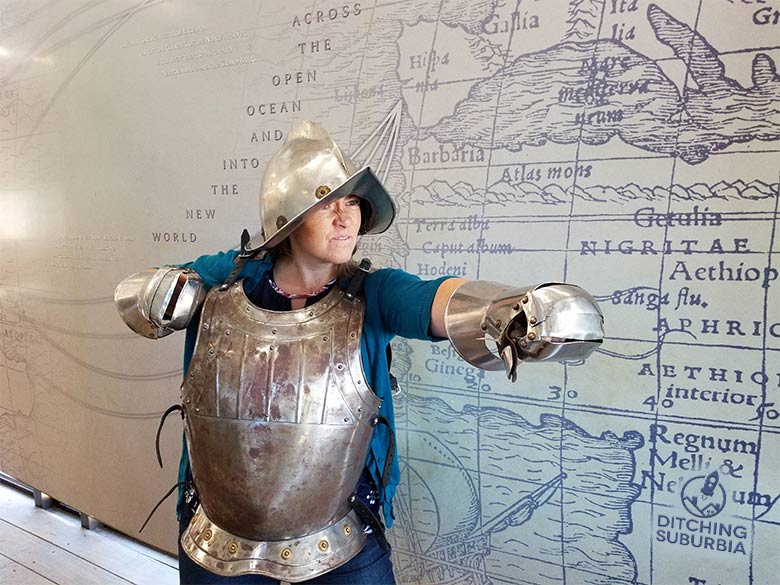 Tabitha all decked out doing a war punch! I still can't believe I have this photo with her being little miss shy.

There are great plaques that talk about the expedition and I think there was a gift store (though we avoid those – because we live in an RV and really do embrace minimalism as much as possible – you know, less is more). 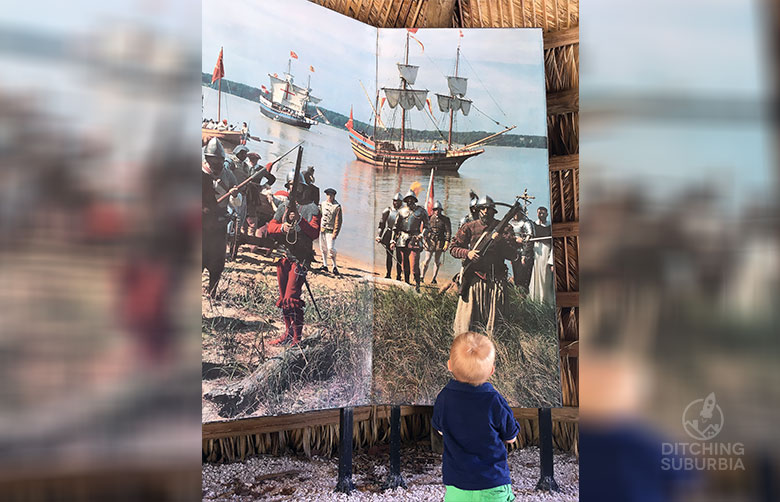 Jonah looking up at a wall board in the visitor center. He's a smart kid, but I don't think he's reading - just enjoying the pictures. 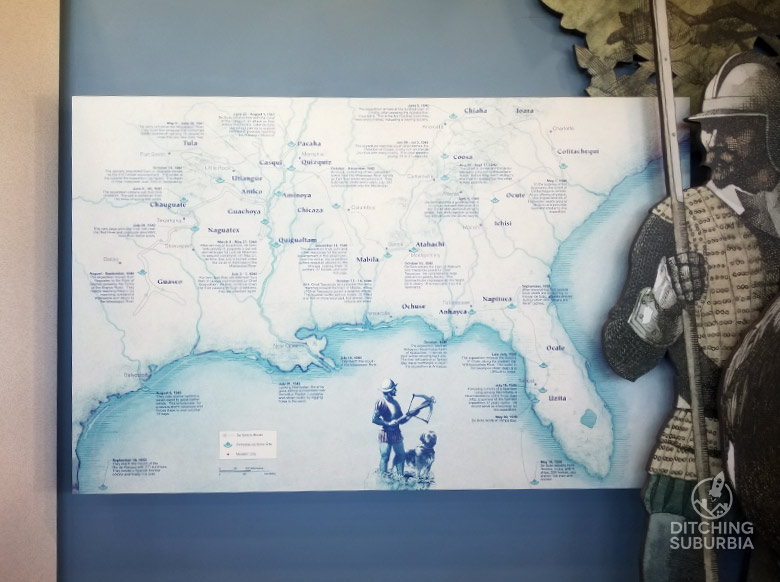 As with most good visitor centers, there is a theater playing a film that depicts the expedition and its significance. This video is particularly good and well worth the time to watch it. It’s good enough that if you walk in half way through, stick around to see the first part that you missed (or check out the YouTube link - I think that might be the actual video).

We always like the videos. They are in a dark room and it seems to calm the children as they sit there and listen. Plenty of times the younger ones will doze off which is a blessing as no-nap Elliot is a bit of a monster. It’s also a great place to nurse a baby … because it’s dark. There’s a tip for traveling parents of babies.

We went back outside for a walk to the beach. There is a cool 400-year commemoration marker and outdoor plaques to see and learn. We try to read as much as we can when we go to places like this – but alas, with small children sometimes the best we can do is take photos of plaques with the plan to read through it later with the kids. 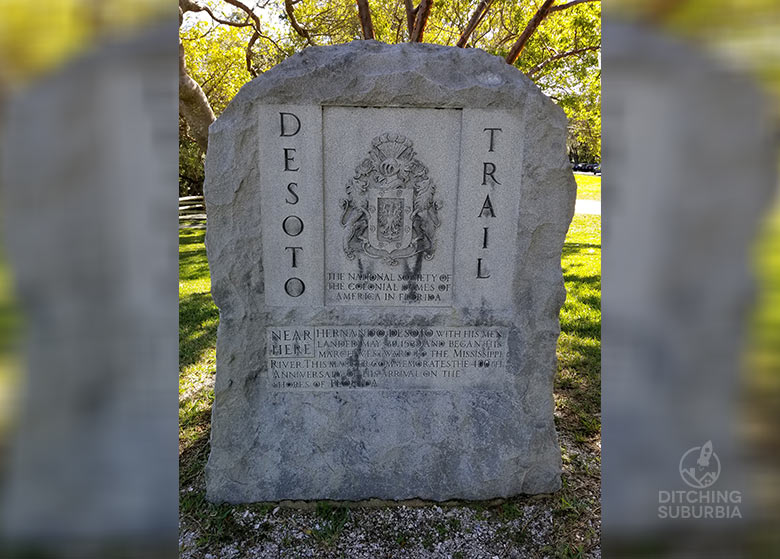 Stone Marker from 1939. Kind of a piece of history in itself. 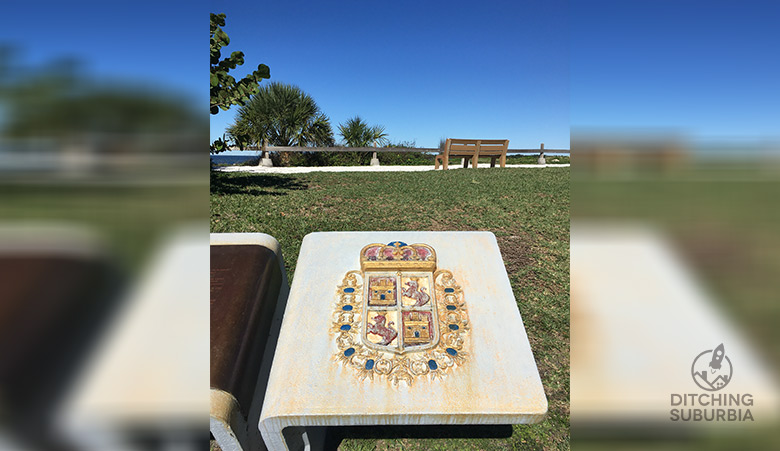 This is a historical seal from the de Soto expedition. The bay is in the background. 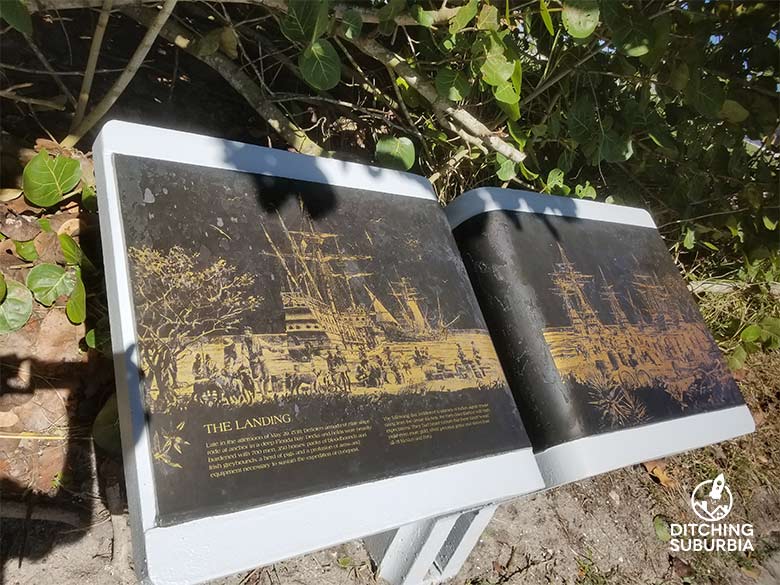 One of the many historical plaques. 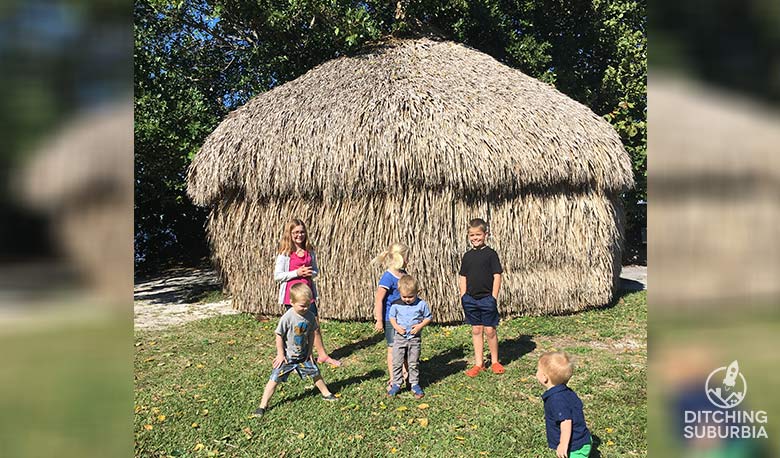 Kid history buffs still need a moment to run around and let off some steam.

Off to the beach. I like to think that de Soto landed here … but maybe he didn’t. They think it was either Tampa Bay or Port Charlotte. Doesn’t really matter ... not really. The beach is undeveloped and I sat there imagining all 9 of de Soto’s ships either docking or making their way past to some other beach. Florida is such an amazing place and though its vegetation was probably difficult to navigate, it is amazing and beautiful in its natural state. 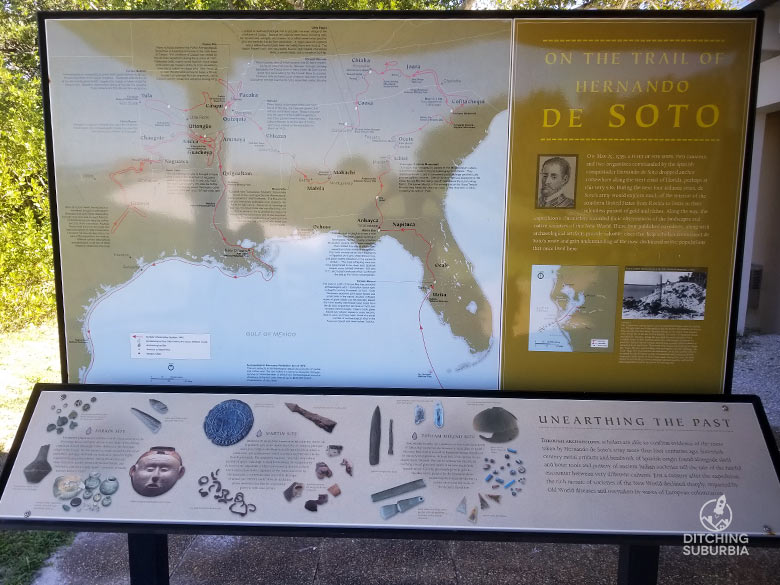 Another map of the expedition. This place has great informational maps.

The beach was a decent beach and the kids liked walking around and getting their toes wet. We weren’t dressed for swimming so we just got out of it what we could. Maybe – with it being a national memorial, that’s the way to experience it. Not as a great aquatic experience, but rather through the imaginative lens focused on historical remembrance. 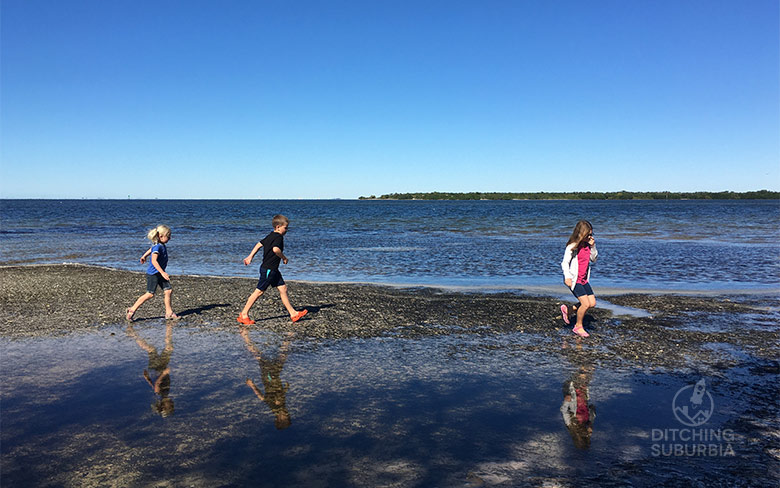 Lydia, Gavin and Evelyn walking on the beach. 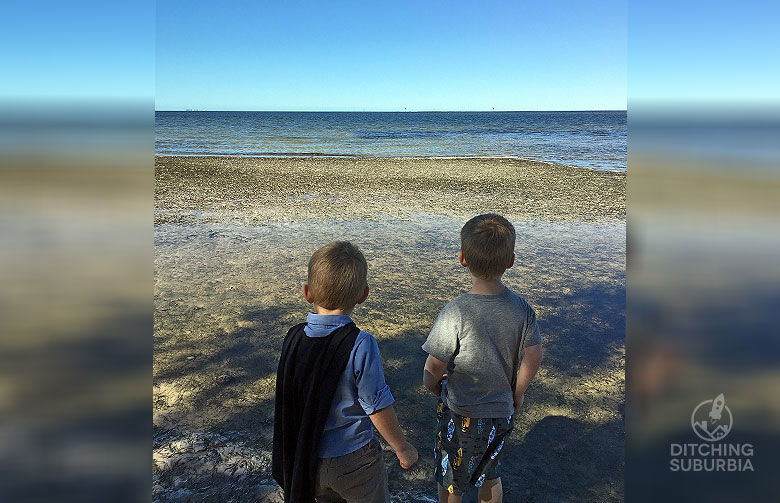 Teddy and Elliot on the beach looking out. Yes, Elliot is wearing a cape - I think it's a Batman cape turned backwards. It's a normal thing for him to be wearing.

PS. They never found the treasures they were looking for and de Soto died on the expedition. What they took away was a greater knowledge of the interior landscape. If one of your failures in life became a future national memorial, what would you want the take away to be? Let us know in the comments. 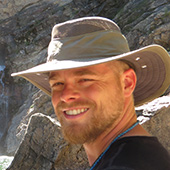