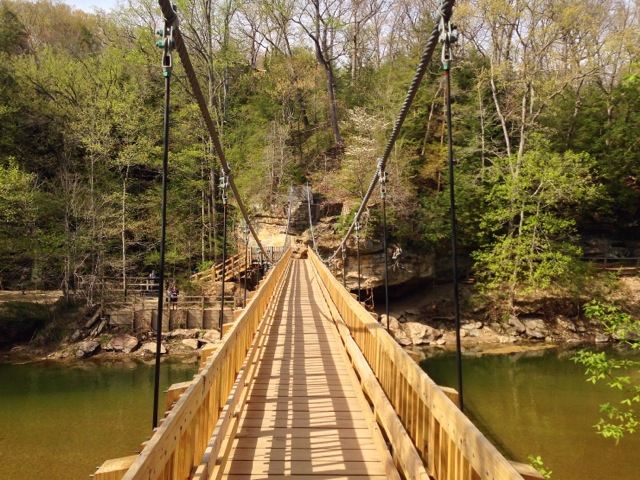 My family camped a lot growing up. As I recall we went from travel trailer to bigger travel trailer to small motorhome to bigger motorhome. The last motorhome was one of the late 70’s classic Winnebago Class A’s that if I had now I could call “vintage” and armed with a Goodwill-sourced old Polaroid and wearing a thick shaggy beard, thick-framed glasses, and some lumberjack flannel I could probably get myself funded on Kickstarter.com to travel in while creating a hipster coffee table book.

But, we aren’t quite that cool. Instead we travel in our look-alike white fifth wheel and just try to have fun as a family while largely living the life we’d have in a suburban home.

Anyway - one of the trips we took when I was young was to Turkey Run State Park in Indiana. I never forgot the trails there - hiking through small streams that have carved out canyons in the rock. Ladders. Waterfalls.

I’ve been wanting to go back for years but the park was always located just far enough away from West Michigan that it was tough to do on a long weekend. While mapping our route north out of Kentucky we realized it was Derby weekend, and we wanted to avoid I65 Derby traffic in Louisville. Alternatives are somewhat limited with having to cross the Ohio river, and when MsBoyink mapped one of them up through Indiana it took us close to Turkey Run State Park. All told it was maybe a couple hours out of our way (always hard to tell since we don’t drive as fast as either Google or Garmin think we should).

We made the drive up on twisty KY and IN backroads and booked two nights. The first night we “connoitered” (I’ve never understand how you can reconnoiter without connoitering first) sampling the hiking trails and checking out the kayak launches.

The next day we got up and out the door spending the morning hiking trail 3 - which had the ladders I remember. Actually I’m quite sure that when I was young there were 20 of them, 3 times as tall, rickety, and much more dangerous than what’s there now. I’m sure that’s due to OSHA and not just an imaginative childhood memory….

We went back to the trailer for lunch and in the afternoon kayaked the park - covered in the next post. 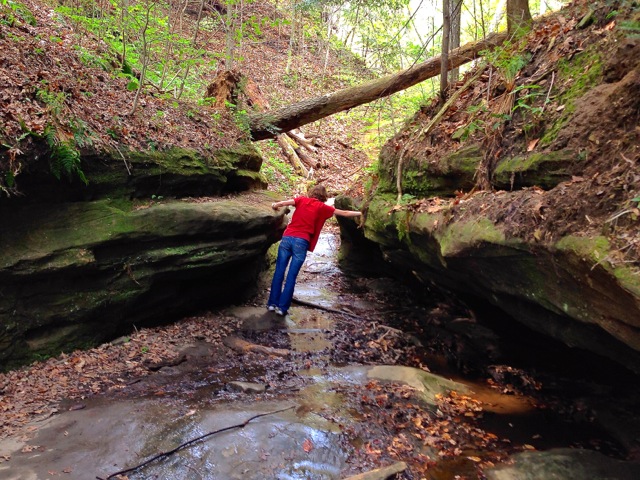 Miranda checks out her path 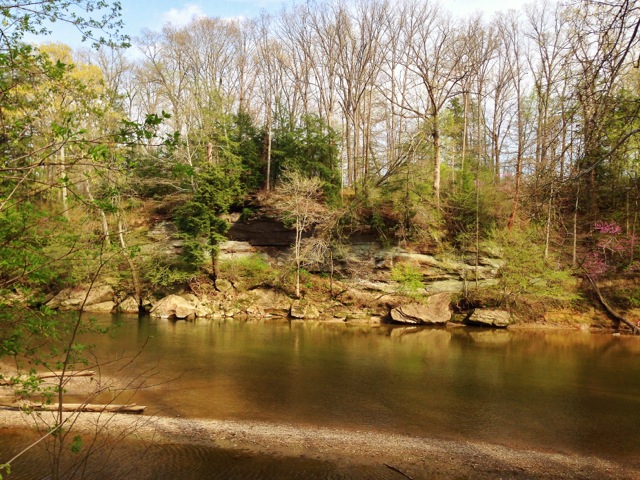 Shoreline along Sugar Creek in the afternoon sun 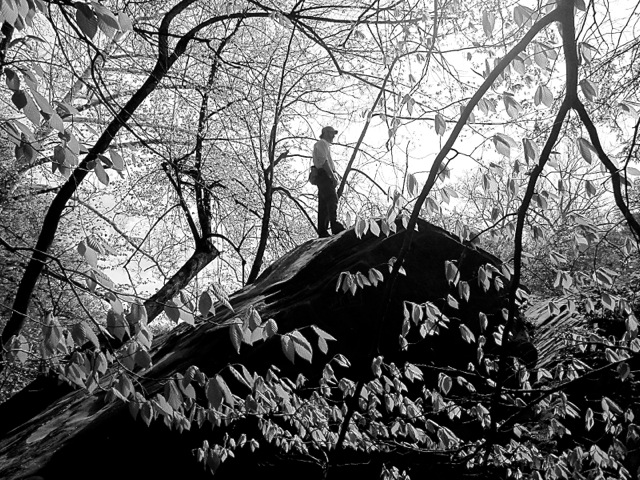 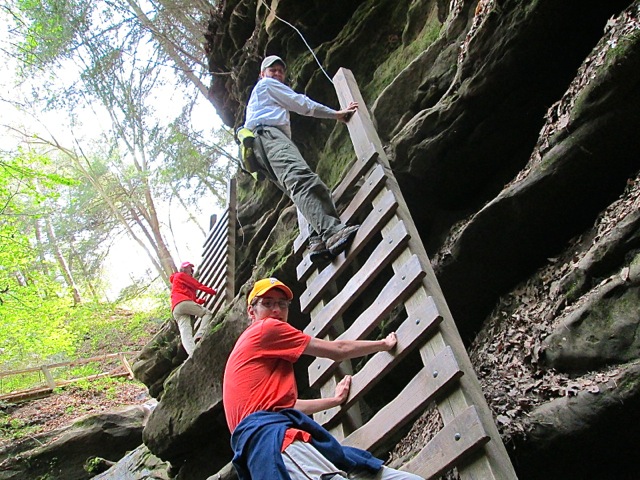 Climbing the ladders Boyink remembers climbing as a kid 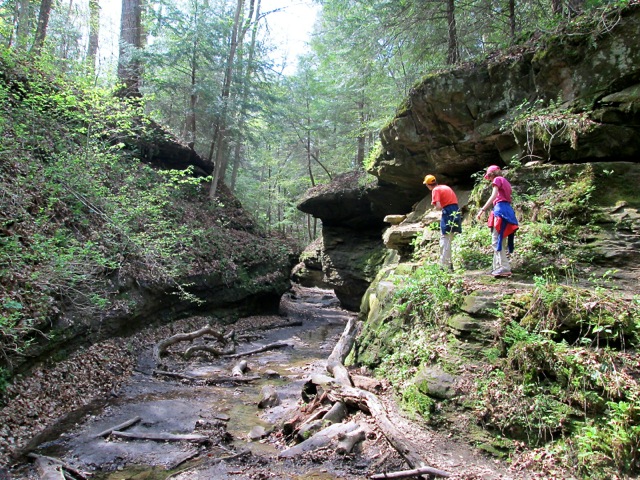 The kids check out their path 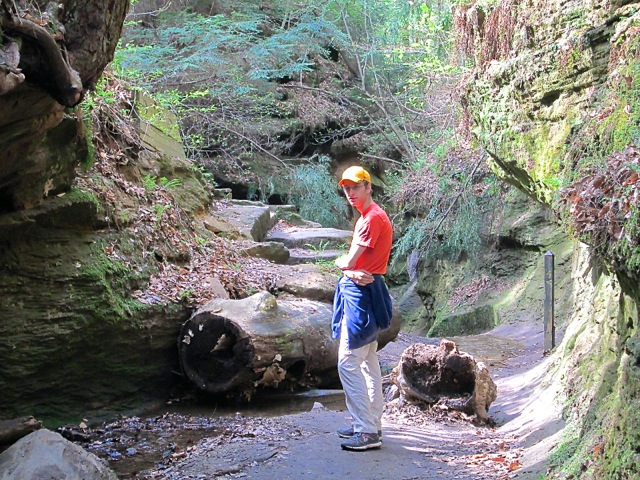 Harrison pauses on the path 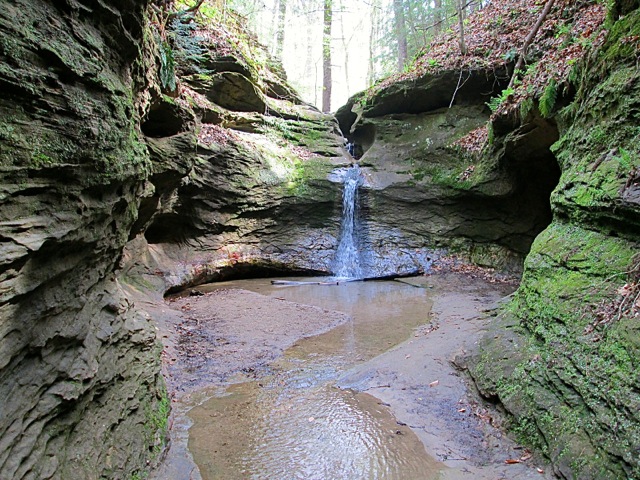 A small waterfall in the park 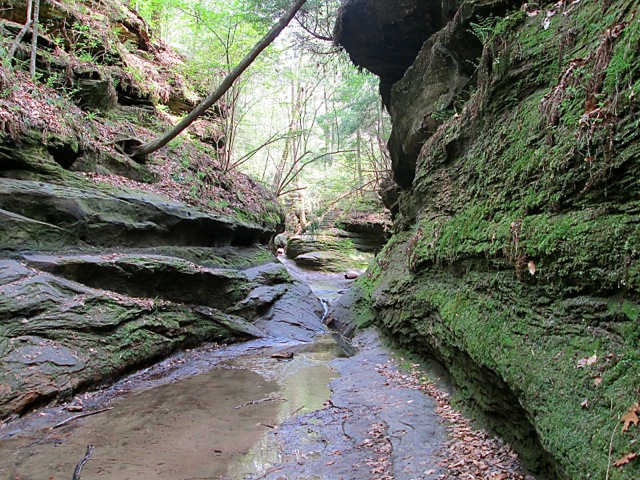 Looks either like the Olympic Peninsula, WA or Watkins Glenn NY 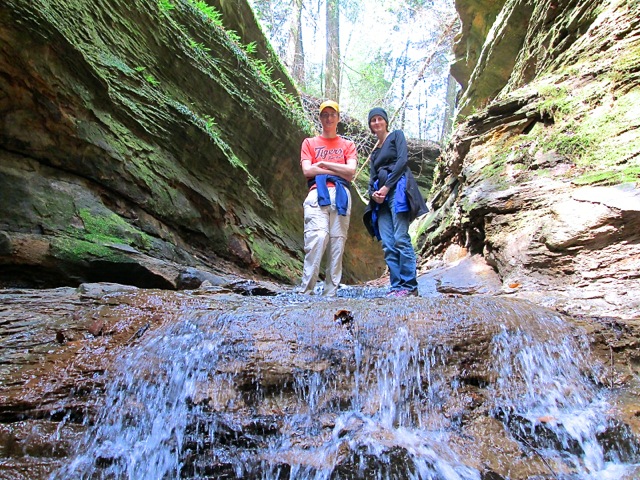 Harrison and MsBoyink atop a waterfall 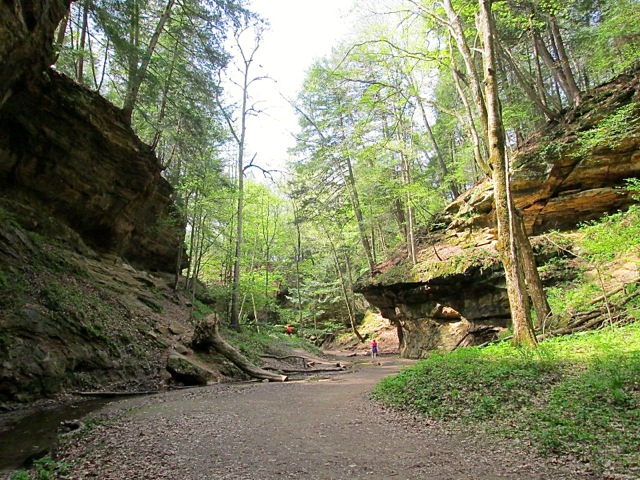 The small dots of color are the kids 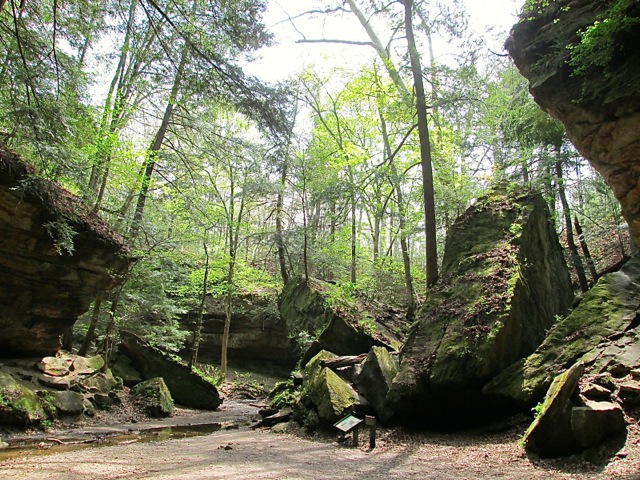 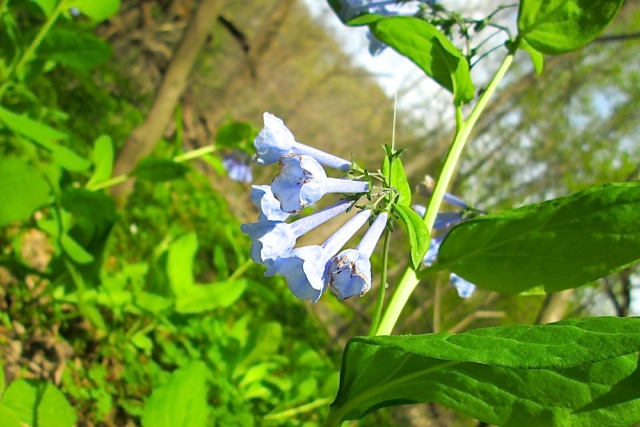 Bluebells out in full force