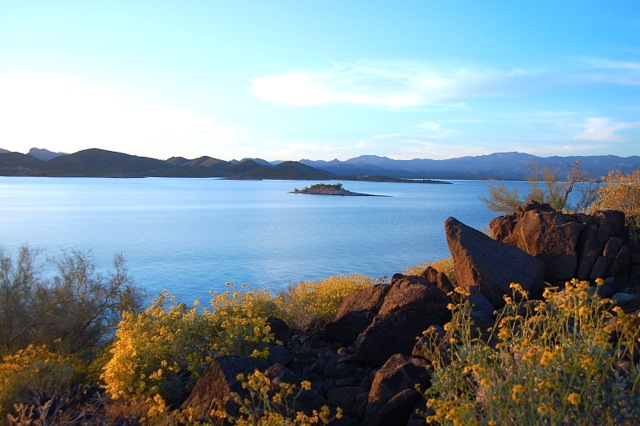 Water and Brittlebush flowers defined the aesthetic of our stay

Did you know that?

Frustrations as a Fulltime Traveling Family

One of the frustrations with traveling is wanting to meet people in a similar mode. It’s strange, because on one hand we are always in campgrounds and RV parks full of mobile people. But most often those aren’t the people we want to meet.

But our people are other families who have also chosen to ditch suburbia and travel the country in an RV.

Almost without exception (and there have been exceptions) when we meet families in this mode there is an instant connection. I think much of it has do with with the fact that we are in the same mode so there isn’t that awkward Q&A session that often happens with new friends (“You’re doing what? How do you work? Do you homeschool the kids? How much do you spend on gas? Is that really safe?).

Like that other person you find with the same enthusiast car, or cheering for the same team, or meet on the same backcountry trail there is just an immediate recognition of a fellow soul behind the other person’s eyes.

But it’s not like there are thousands of full-time traveling families out there. There might be hundreds, but spread out across the country that makes the odds of meeting another one pretty slim.  We’ve done well this winter being in one (warm) spot, moreso because we’ve been in campgrounds that don’t age-discriminate in a region where most do.

But this is also one of the reasons I started following so many blogs from other traveling families. When a family is actively blogging they are much easier to connect with because you can see the general region they are in.

So - all this to say that it was through online blogs that we got to meet & spend time with another traveling family.

This time it was the Keiters from Florida who record their family story at http://www.dareyou2move.com/.  Mom Jenni blogged about our visit from her perspective so I won’t repeat it other than to say, “word”. ;)

It’s interesting that we set out in this mode to “see the sights” but have consistently found how much we appreciate and need the human contact along with the scenery.

The other interesting aspect of this stay for us was that we were in another Maricopa County Park as campers after working for several months in one as camp hosts.

We noticed how the bathrooms were the same building design but without handsoap, towel hooks or benches provided.  We saw a few camp-hosts at their sites but they didn’t attend to the sites in between campers or even seem inclined to meet or talk to us.

We could also tell the visitor population here was different. It wasn’t quite the “party crowd” we had been warned that it might be, but it definitely wasn’t as populated with snowbirds hopping campsites every two weeks all winter long either.  All we can think is that the lake just attracts a different crowd.

Admittedly the park is not as convienent as Usery was - laundry and shopping weren’t nearly as close by.  MsBoyink did some hand-washing to get us through a few more days as the closest laundromat looked to be a 45 minute drive away.

We’ve moved out of the desert into the Cottonwood/Sedona area for a while in between eye checkups for MsBoyink and the Keiters are in the same area as well - it’s likely we’ll connect again this weekend. 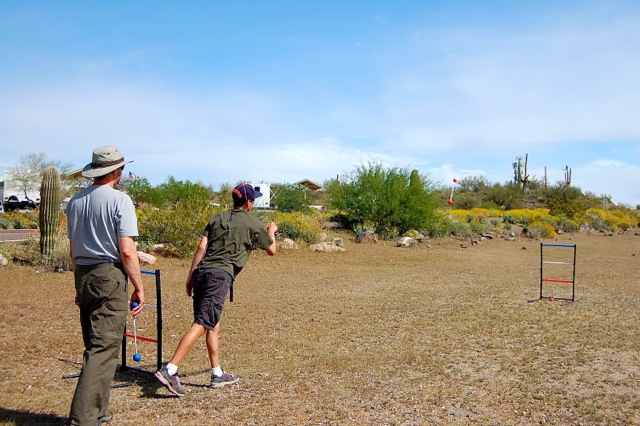 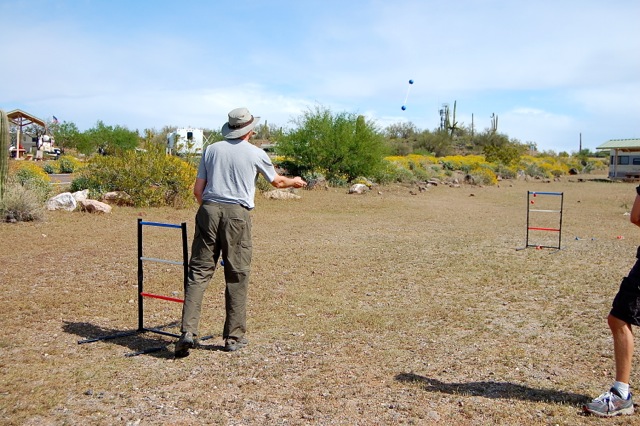 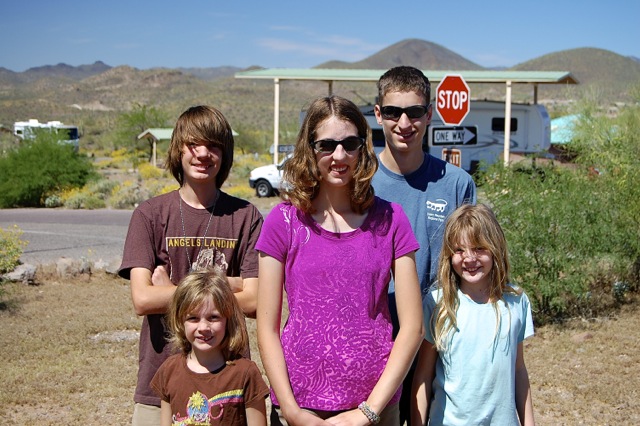 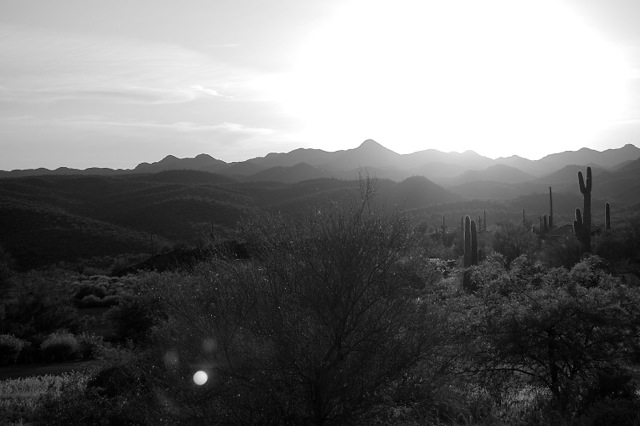 Sunset west of the park 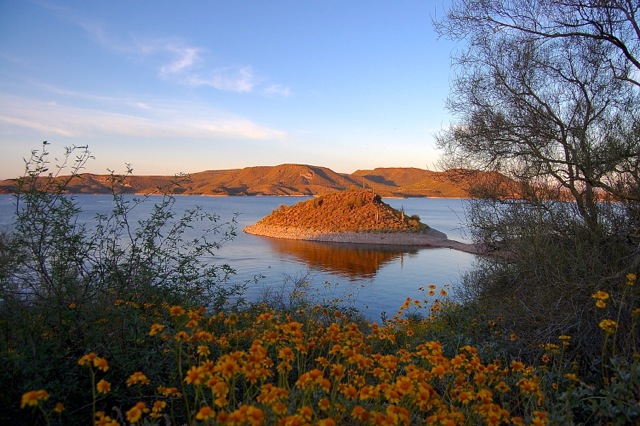 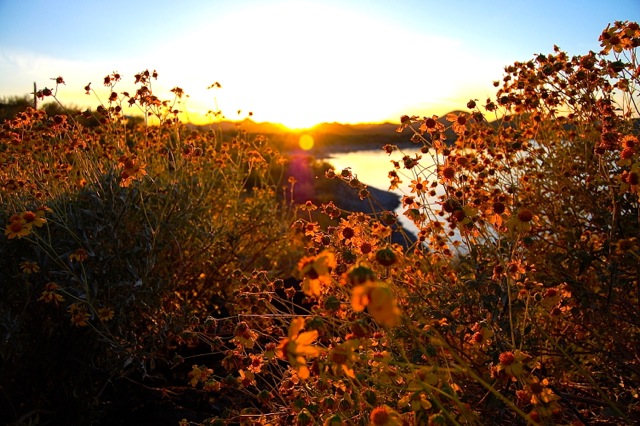 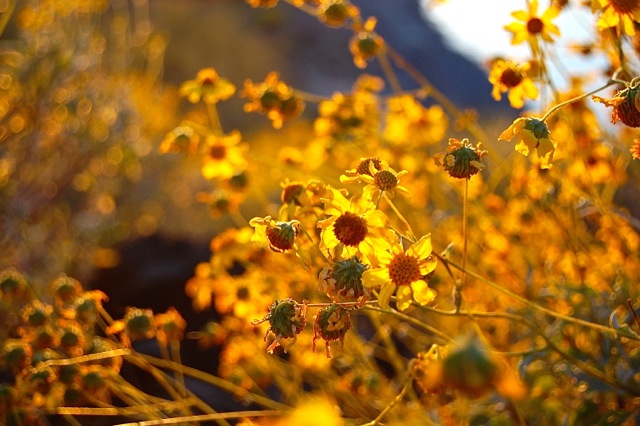 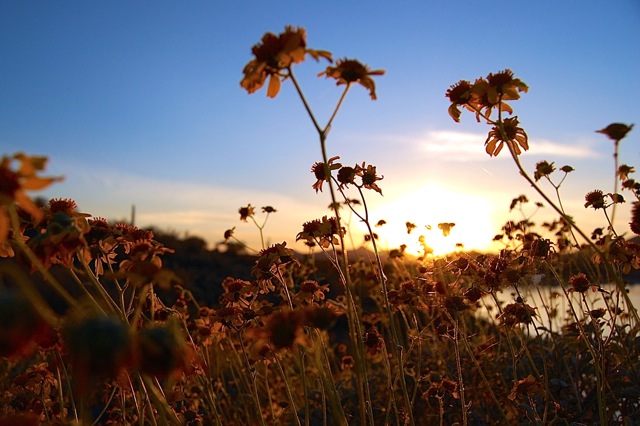 And again, a Brittlebush sunset 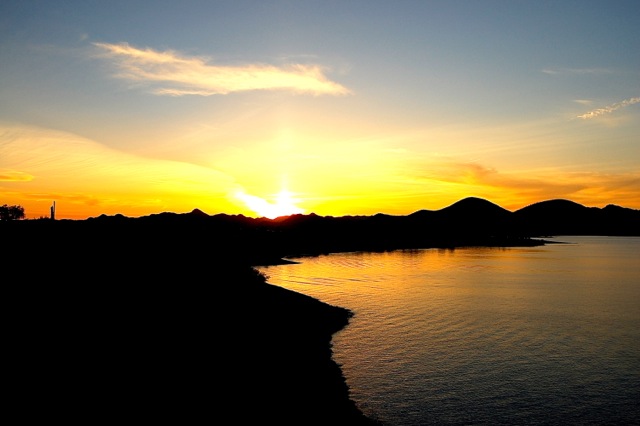 Sunset at the Lake 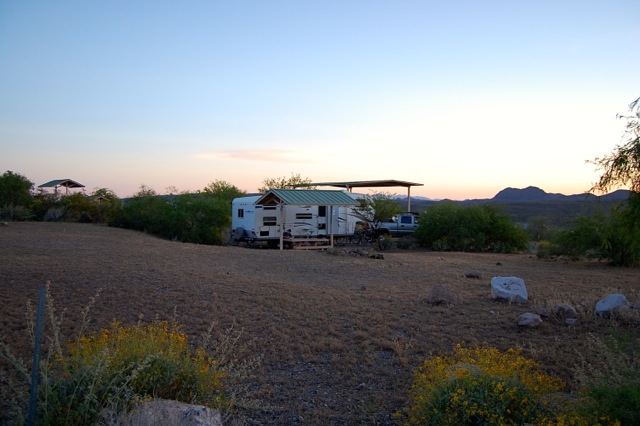 We had a nice big yard! 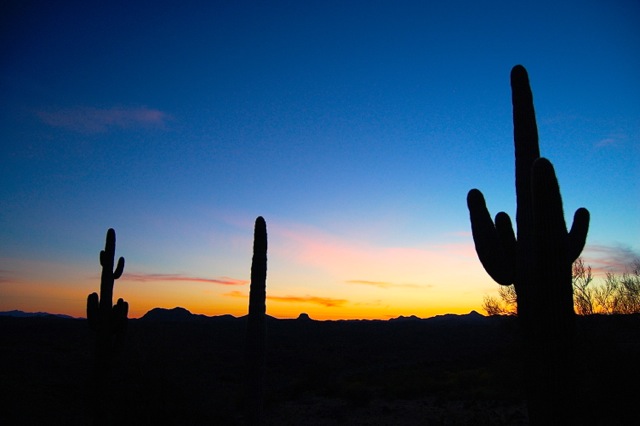 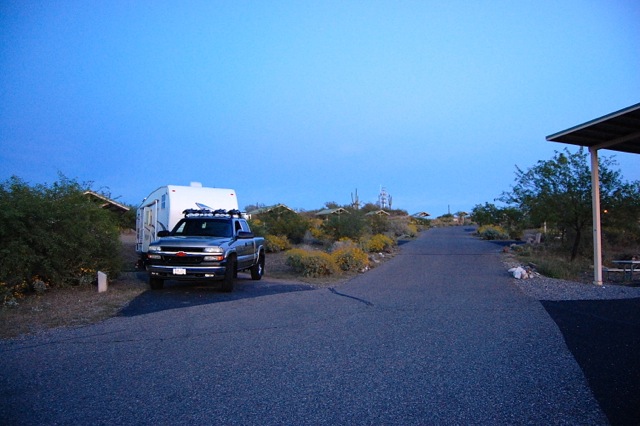