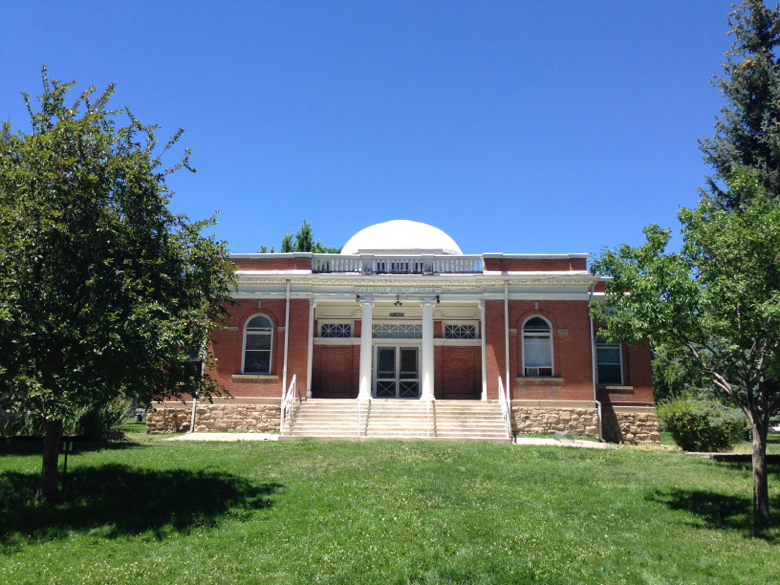 Well, nothing really happens in Vegas.

Las Vegas, New Mexico that is.

‘Course, it might have been the fact that we were in New Mexico in July. We ended up at Storrie Lake State Park in Las Vegas, NM for several nights - basically just to kill some time in a cheap campground before heading back into Colorado again.

The park is close to I-25 which runs north from Santa Fe, NM into Colorado up through Pueblo, Colorado Springs and on into Denver. If you’re just looking for a overnight on your way north, Storrie Lake SP is fine, but I wouldn’t recommend a lengthy stay there.

After days spent inside with our windows blocked up and AC running I was going a little stir crazy. I wanted to try and recapture the spirit of exploration and adventure we had before our camphosting-turned-sour experience.

Googling around about Las Vegas, NM I found it had a museum with a Rough Riders exhibit and an original Carnegie Library (one of 3500 funded by Andrew Carnegie and said to resemble Monticello in DC).

We love to visit libraries as we travel so packed up some snacks and our laptops and headed into town.

The museum is attached to the courthouse building which was quite busy. We found parking at the library down the street and walked back.

MsBoyink has trouble in most museums. The lighting generally isn’t great which makes it hard for her to read or look at artifacts.

This was a small museum. All told I think we spent an hour nosing around. Most interesting to me was an old switchboard and teletype machine. I’m always fascinated by old technology.

The rest? I can’t even remember what it was.

At least the museum was free. 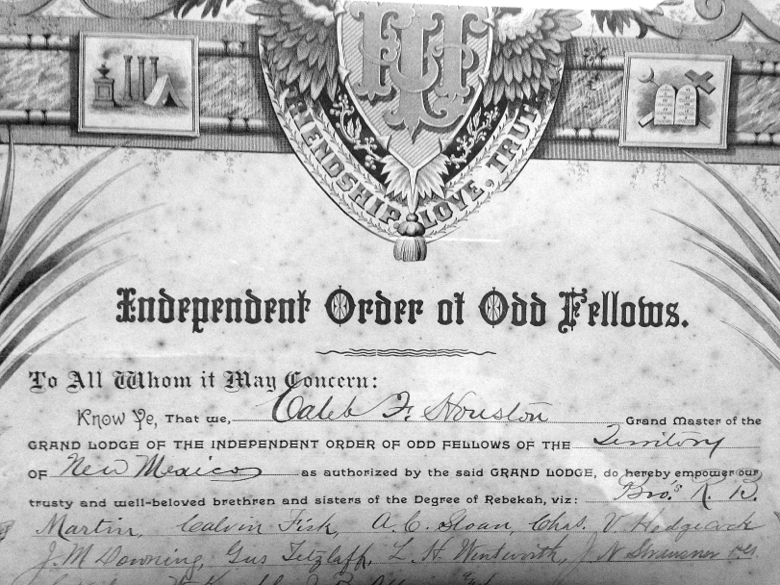 Now here's a club I could be a member of. 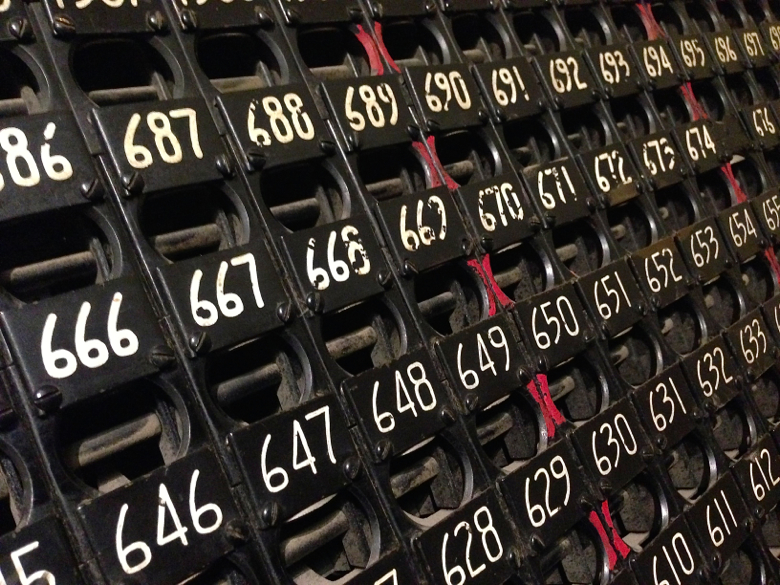 Have I Reached The Party to Whom I Am Speaking? 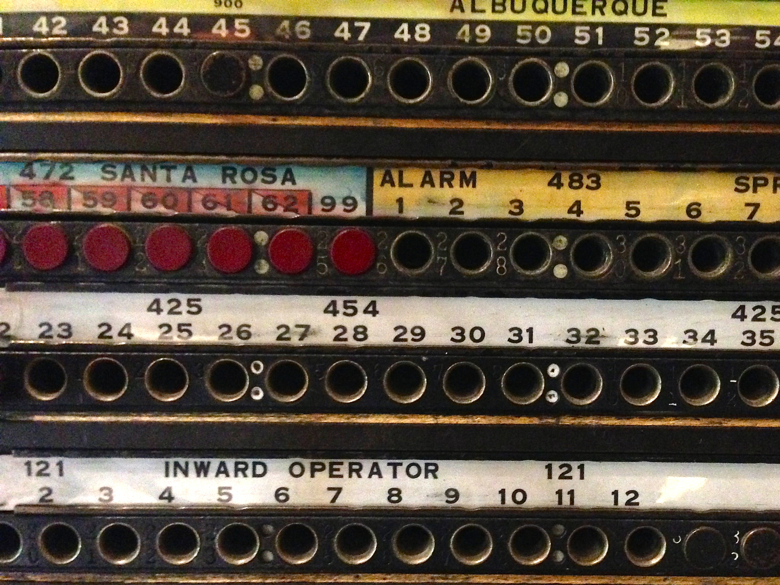 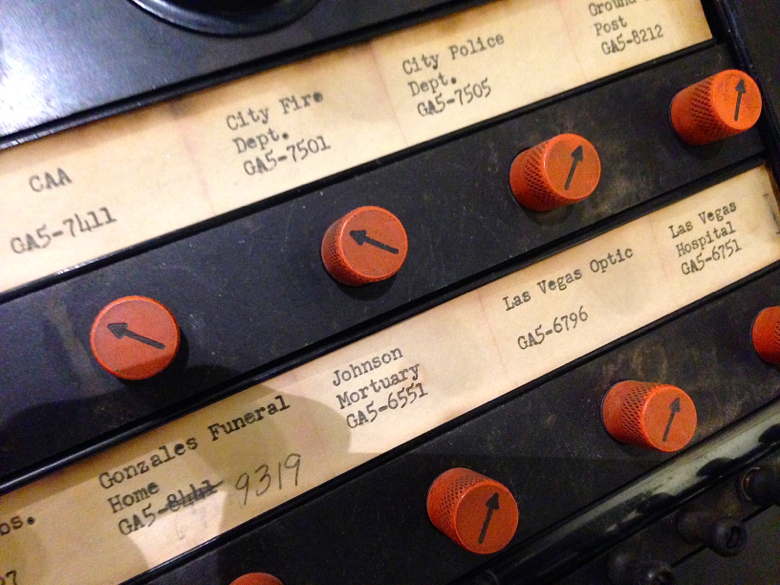 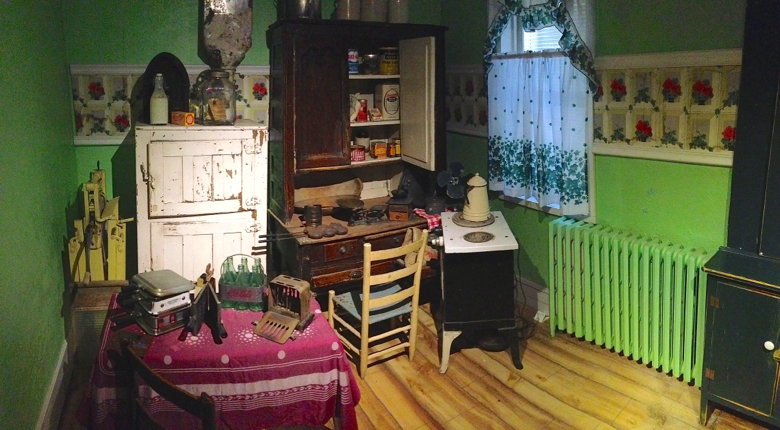 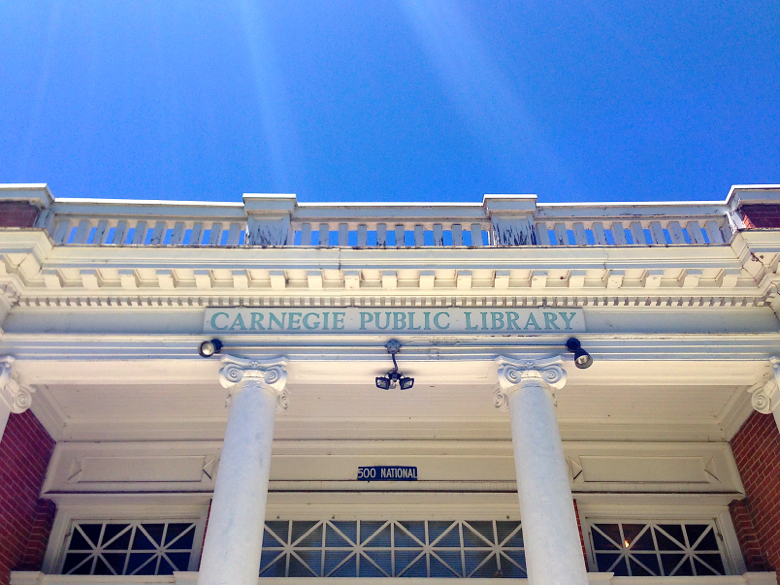 Think Andrew would be happy with that paint job? 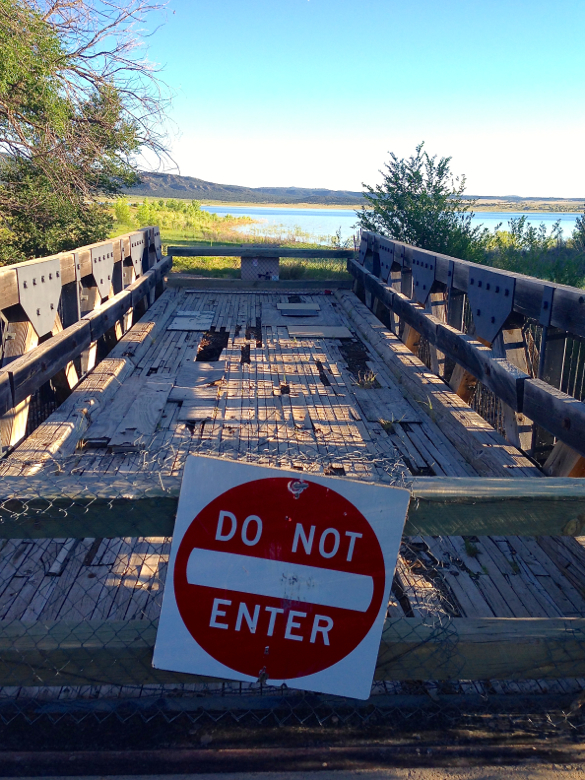 In this case it's not the waters that are troubled. 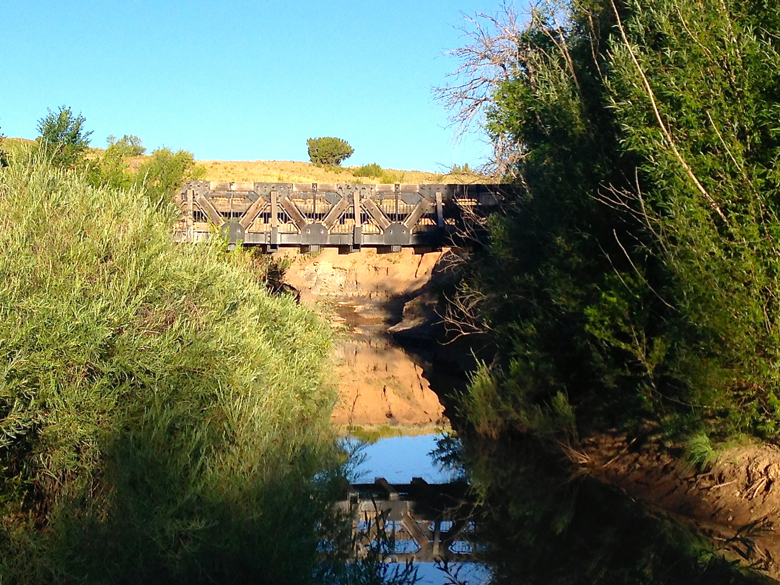 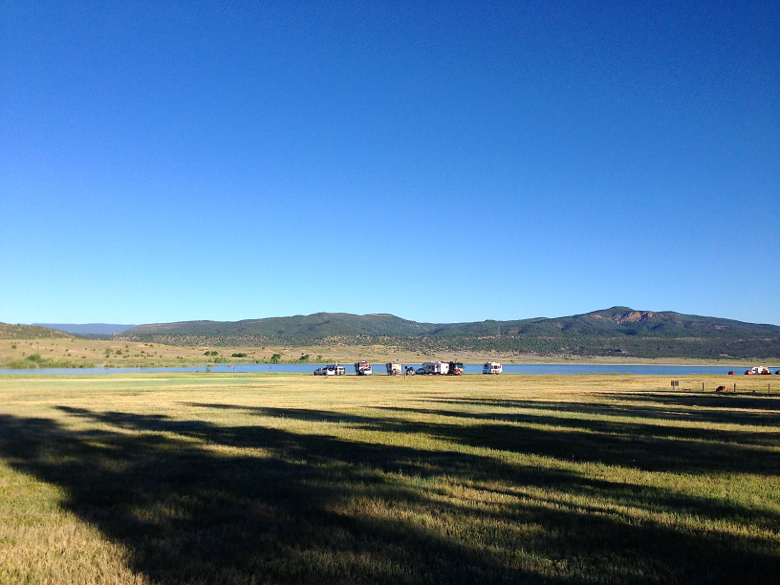 Campers in the primitive sites at Storrie Lake, NM

We walked back to the library. Going in closer for some photos I realized how run-down the place was. I’ll bet ole’ Carnegie wouldn’t be too happy to see his name on a building so in need of repair and repaint.

I don’t know, maybe it kinda serves him right for his involvement in creating our public school system in the USA. If you haven’t read that story I would suggest doing so. It makes a strong case for homeschooling.

I went inside the library to see if it was a workable spot for a few hours and quickly walked back out. It was stuffy, old, smelly, and depressing.

What You Wanna Do?

We stared at each other in the parking lot for a few minutes, then drove to Walmart for some cheap ice cream before heading back to the state park.

Some places look prettiest in the rear-view mirror.

4 Comments → What Happens in Vegas…