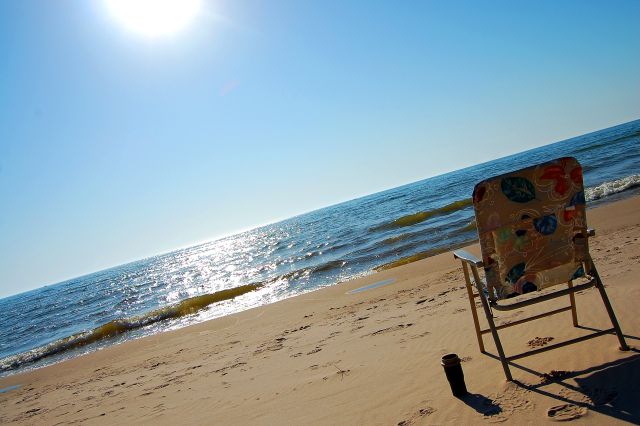 A great place to ponder

I’ll be the first to admit: I process things slowly.  If I see a movie don’t ask me what I thought of it until at least a week later.  When big life changes happen (like getting laid off from the “safe” corporate job) my immediate reaction is usually a non-reaction, then as days and weeks go by I’ll be better able to tell you how I’m reacting.  This reaction speed has been both a source of frustration (feeling later like I missed the chance to say the right thing in the moment) and a blessing (not burning bridges because of things done in the heat of the moment).  I’m pleased to say that as a business I’ve done work for every former employer going back at least 15 years, even including ones that fired me or asked me to leave.

I write that to explain why I have not yet posted any kind of summary of the first leg of this adventure - it’s because I’m still processing it.  I’m back in my home town, seeing family, old friends, and business acquaintances.  I’m driving streets I can just about drive blindfolded (although still struggle to remember street names - I just know what they look like).  We’ve been back to our church, and back to the house for some laundry, catching up with neighbors, and a bit of yard work.

To an observer, it might appear that we are simply “back” and just biding our time until we can move back into our house and pick up where we left off in our comfortable suburban life.

But that’s not the case.

MsBoyink has posted her own thoughts on re-entry, for me the last few days I’ve been feeling like I’m sleepwalking.  Or just the ultimate example of the absent-minded professor, so mentally engaged in some intellectual puzzle that I forget to take towels to the shower (true, and did you know yesterdays clothes absorb water too?).  I might be here in body, going through these motions, but mentally I’ve not yet arrived.  I’m not sure where my head is yet - I think it was last attached in Minnesota before we got back into the states where we’d been before this trip.

The most meaningful book I read before leaving last year was John Steinbeck’s Travels with Charley. I read alot, but quotes don’t often stick with me like a few have from this book.  Here’s a couple that hit home especially now:

Who has known a journey to be over and dead before the traveler returns?

...many a trip continues long after movement in time and space have ceased.

We’ve stopped - physically - in time and space, but are mentally, spiritually, emotionally still on our journey.  There is an almost indescribable fear of stopping.  All things considered we’d rather not.  We’d much rather soak up whatever nice fall weather and color Michigan has to offer and then hitch up and head south.  As I write this I’m watching RV’s leave the campground we’re in until our house is open, and my soul wants to be right behind them on the road heading out to the highway.

But, life isn’t always that simple. We have a house to figure out.  Businesses to attend do.  Braces to get back on schedule.  Debt to pay down. Stuff to sell.  Practicality dictates that we spend the winter here, moving back into the house just enough to get those things done & then get hitched up and get gone again.

And then?  We’ll be pedal to the metal getting our bodies caught up to where our trip still goes on.

5 Comments → What’s It Like to Come Home After a Year?