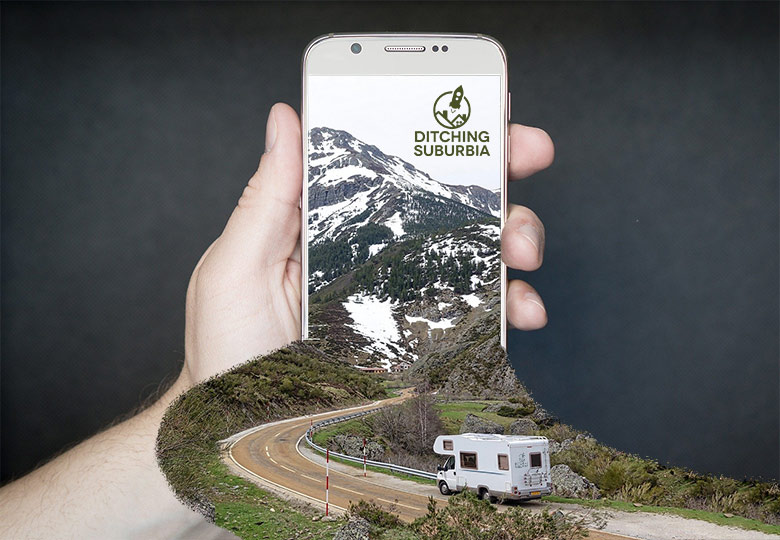 RV apps will make your camping and RV life easier.


Disclosure: This post may contain affiliate links wherein we get a small commission at no cost to you when you make a purchase by clicking on our links.

Looking to use apps for RVing? Want to have a better experience on the road and looking for good resources? There are lots of helpful apps for smart phones and tablets out there that you can use to make things easier and/or better.

We were going to write another "where we've been" style blog post, but decided that our Apps for RVers resource page needed some updating. We replaced some defunct apps and added several new ones that we use.

A mention of our Resource pages.

Before I get into the apps stuff below, I want to mention that though this particular post is a "blog post", our site isn’t only a blog. We have a whole resources section for those with suburbia ditching aspirations (and who have already ditched). Much of the content on the resource pages is based on great research and experience that our DitchingSuburbia.com predecessors, the Boyinks, had put together. Stuff for RVers, but also for boaters, globetrotters, homesteading, minimal living, etc. People who want to leave the suburbs behind each have their own way of how to do it best, and we want to give resources to all of them. We even want to include a yet-to-be featured "inner city" section (might need to pick Jim Gaffigan's brain on how a large family does the inner city thing - if you know him or his wife personally, hook me up with an introduction please).

We are not just an RV blog.

Our resources are intended to give help to all types of post suburbanites. RV life happens to be the bulk of our content because that's what we do, but there is a whole world out there of post suburban families that don't live in an RV, and we have resources for them too. Take a look at our Instagram Profile and notice how we feature other families who use #ditchingsuburbia ... and note ... they aren't always RV families (but we do need more non-RVing post suburban families to use #ditchingsuburbia for us to repost so our content is less RV centric).

Our future aspirations for this site involve some BIG expansion endeavors that will better connect each aspect of our resources (current and new) together and add some really amazing new stuff that will be of interest to suburbia ditchers and ditching dreamers alike. Some of these big ideas will require some capital (that we don't have - want to help?) to get them going, but if they ever come to fruition it's going to be really helpful (and fun) for everyone who joins us on our quest.

First thing first though, we need to update some stuff.

We are seeing the need for some updates in some of the areas and are working through them. So much of the content there is very good, but some could use a recent update. We have changed a few things here and there along the way, but never as much as we just did with the apps page. In the future, when we make some other significant additions, we will post that we did so in the blog (like this post).

But why RV apps?

What is the point of rv apps and why would you want them for RVing? When traveling to unfamiliar territory, having an app (in some ways) is like having an experienced local guide or assistant that can tell you all the tips and tricks that a local or expert would know. Even if you aren’t RVing, or in unfamiliar locations, apps can help you or give you information you might need at the tip of your fingers.

Not everyone has a smartphone or tablet. Not everyone wants one. I miss the simplicity of my flip phone days. But, when RVing, the benefits of a phone with good apps installed in your pocket sure beat returning to/getting out the laptop and pulling up a website. Significant ease at your fingertips – that’s the answer to “why”.

What kind of apps are in our resources?

We tried to categorize the apps into helpful categories. The apps on our list are either apps we use right now, or ones that we have used but removed once we didn’t need them any more (example, the CAT Scale app – we don’t need it all the time so we only install it when we need it).

The war between Apple and Android 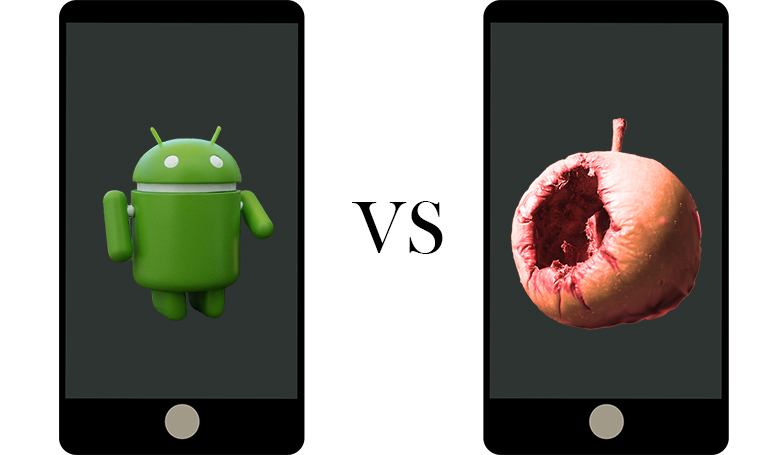 Here’s the bad thing about apps – they aren’t ubiquitous. Apple and Android apps are platform specific. You can’t just put an Apple app on an Android or vice versa. I am looking for a workaround for this with easy to use/install emulators, but haven’t found one yet.

This becomes a problem for the RV world as, though most apps can be found on both platforms, some apps are only on one platform. If you are trying to figure out which phone platform to have, I suggest both if there are two of you (like me and my wife – I have Android, and she has iphone). But, if you are only one person, I regrettably have to suggest iphone (regrettably, because outside of 1-3 apps only on iphone, I firmly have two feet in the Android camp).

Truth be told, I have been at odds with iphone and Apple for YEARS as they DRM all their stuff so much that they make it tricky to do simple easy stuff - like just get your own photos off an iphone onto a Windows PC without using their dumb proprietary software. Sure, you can use the windows explorer, but are you sure you are getting everything? What about stuff the icloud has grabbed off your internal storage and locked away in it's vault? Did those copy over?You can only hope - if not, you might just have to buy more icloud storage space (that's their game I think). Have you ever tried to get thousands of photos off icloud to a PC? Such a pain! You have to go look up "how to"s. It could be easy, but it’s not. Ever tried to Bluetooth a photo from iphone to Android? HA! They make that hard too when it’s simple to Bluetooth from Android to Windows or anything else.

Let’s also not forget that Steve Jobs' stubbornness killed the most amazing creative interactive web format that existed – Flash. Flash was so versatile and creative that, if you knew action script, your limitations were few. If I could describe Apple in two words, it might be “forced limitations”. Since Flash was deliberately ommitted from iphone, the internet has become much less interesting. Seriously, remember sites like HomestarRunner? Apple is to blame for killing that.

So forgive me for not jumping on the iphone bandwagon – I know it's been years, but my memory persists and I’m still bugged. Further, I still want an easy way to get my wife’s photos off her phone. With Jobs being gone for years now, can we please bring an "updated and secure" version of Flash back (my petition to the internet world) so the internet can be exciting and creative again? Yeah Yeah, I know Dad, "Get over it". I can hear you in my head as I type this.

Android on a Computer

Even if you only have an iphone, you can still use Android Apps on your Windows or Ubuntu computer with an emulator.

Sometimes we prefer using a laptop instead of a phone, but some Android apps have functionality missing on the app’s corresponding website – Example, Instagram. For this we use an emulator. There are actually several emulators for Android on Windows and Ubuntu. Most are intended for playing games but still work for other apps (though it’s a bit tricky and slow at times).

The app we use on our Windows laptop is called Bluestacks. It was the premier emulator when we started using it. We use it primarily for Instagram when we want to do IG on a laptop. Over time, it's become less broadly focused of an experience as Bluestacks updates make it more of a “gamer” emulator (recent update put our apps in a “My games” section – but it still works). You also have to jump through a few hoops to install Google Play and get access to all the Android apps. It does take FOREVER to load – so we usually start the program and then go do something else for several minutes.

Other than the benefit of being able to have access to your computer files and keyboard, there are other benefits. Sometimes features that have been “taken away” from apps are still available on Bluestacks as it takes longer for the developer to close that update loophole. For example: on Instagram, for a long while (but not anymore), we could still see other accounts’ “like” count months after that feature was discontinued.

Also, within Bluestacks you can “spoof” or fake your geographical location with “set location”. This is great for RVers who want to use an app for planning as if they have already moved to their next campground. It’s like you are using the app on a phone – in the location that you told it to.

There are plenty of cheap Android Tablets out there. But, if you already own a Kindle Fire (they are also very cheap, ours is the cheap Fire 7), you can load Android Apps through a tweak that lets you install apps from Google Play on your Kindle Fire. Google play apps loaded on a Kindle Fire work with varying results (but mostly they work well). Sometimes an app calls for location and that can be a challenge trying to figure out how to do the "mock location" in the developer settings. The Kindle doesn’t know where it is in the same way a phone does so not everything works - though most do.

I know, there are good apps that didn't make the cut. There are LOTS of apps that could be useful in different scenarios. We aren’t listing every single one as we don’t think an all encompassing list is helpful to the average person. "Just tell me what you use and why" - that was our direction. Many of the apps that we include have competitor apps too that might be great. We stuck to listing the ones that we use.

These apps are ones that a fulltime rv family of 9 feel it's important to use. Maybe you know of a great app that is perfect for RV life that I don't know about. If so, let me know in either the comments on this post, or the comments on the Apps for RVers resource page and we’ll take a look at it.

Something else for you to read